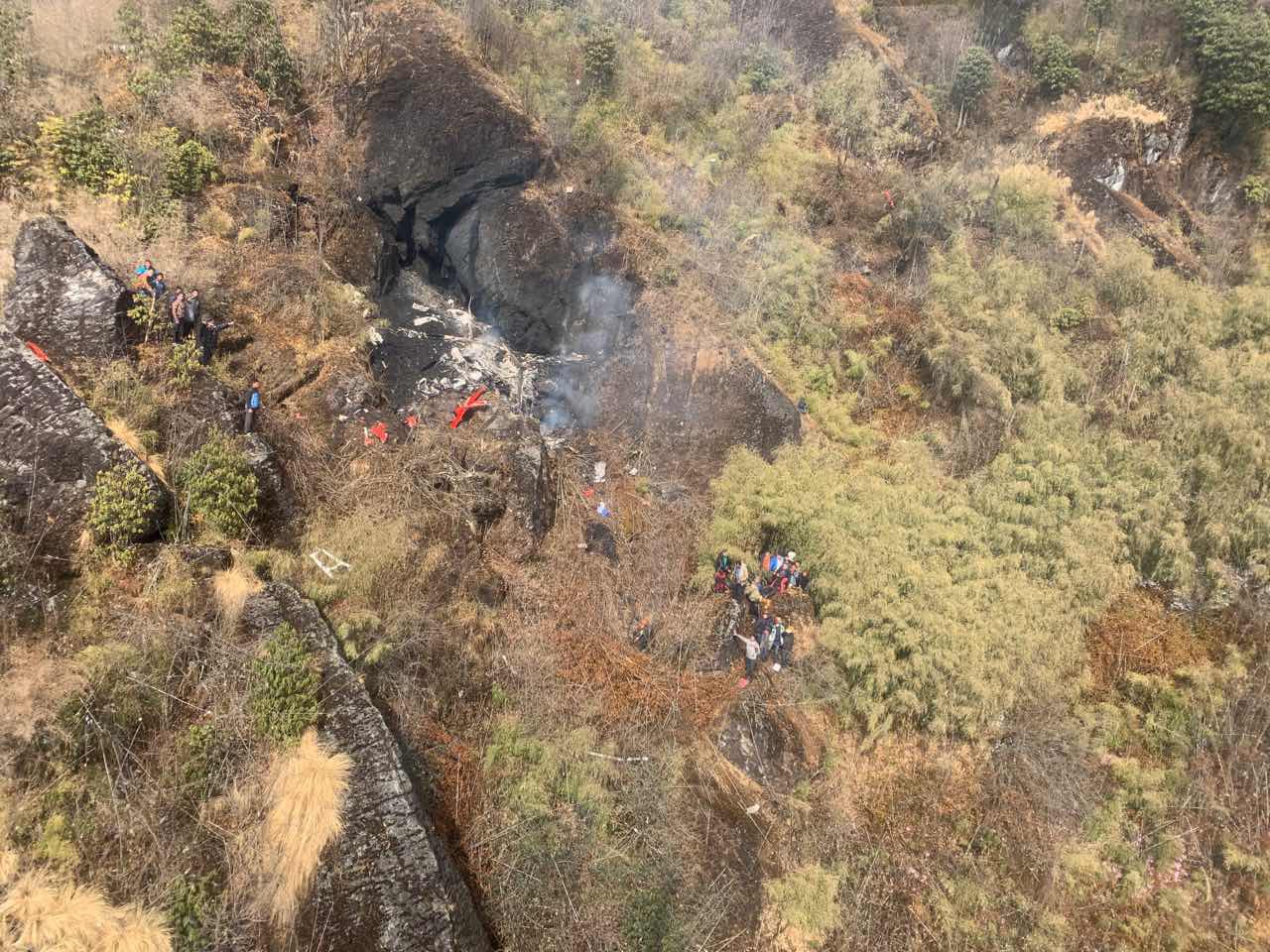 Kathmandu, March 6. Nepal Army has recovered a 9 mm pistol carried by Arjun Ghimire, bodyguard of the late Minister for Culture, Tourism and Civil Aviation Rabindra Adhikari, which had gone missing during the Taplejung helicopter crash from the accident site.

An Army team during a search also recovered three magazines, three bullets and a mobile phone from the site. A private helicopter crashed at Tarebhir of Fungling municipality-10 in Taplejung district on February 28, killing all seven people on board including Minister Adhikari, and bodyguard Ghimire.