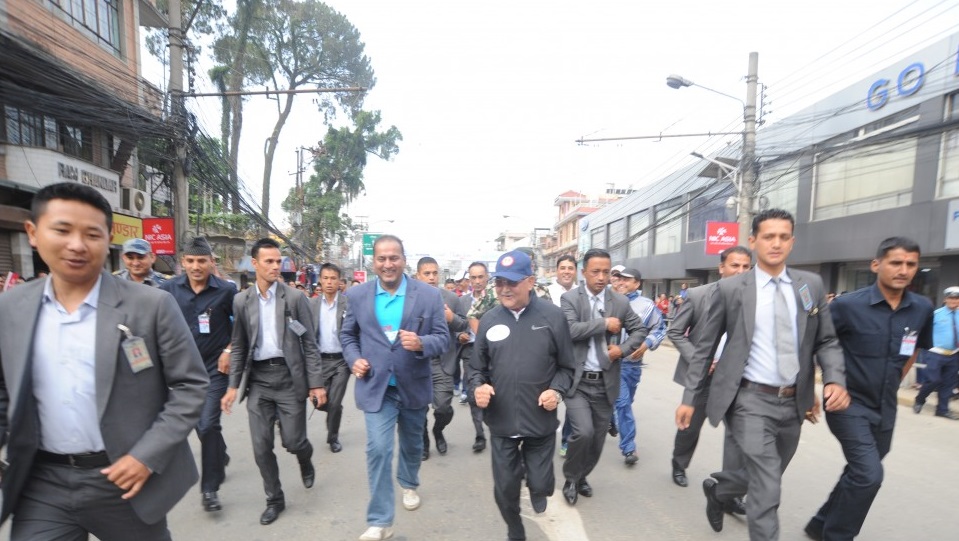 Kathmandu, May 19. Prime Minister KP Sharma Oli took part in the eighth edition of ‘Kantipur Half Marathon’ organised by the Kantipur Publications today.

The Prime Minister who was invited to inaugurate the event at local Thapathali joined it for a while. On the occasion, he said the country was making its headway towards development and prosperity.

“The Communist government will make the country prosperous by the next 10 years.” He was confident that the country’s fate would change in the next one decade. “If the country failed to witness development in this period, it is never possible then.”

The second prize carries a purse of Rs 30,000 each and the third prize carries Rs 20,000 each. The half marathon that originated from Thapathali and passed through Maitighar, New Baneshwor, Koteshwor and Gatthaghar, Sano Thimi, Sallaghari in Bhaktapur and returned via the same route to conclude at the Kanitpur Publication’s office at Thapathali 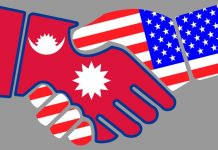