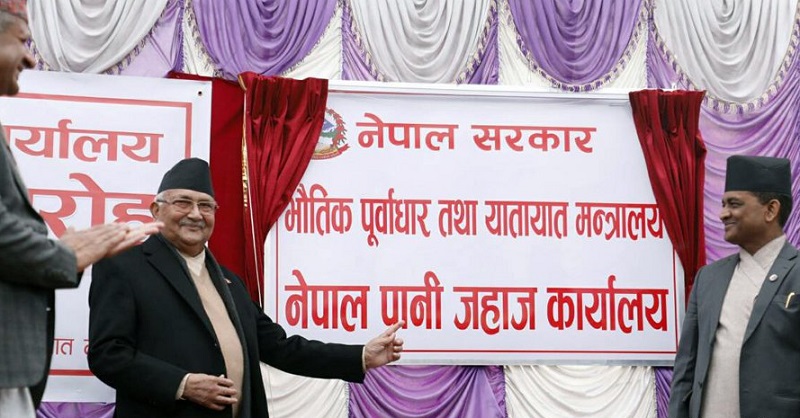 Speaking after the inauguration at the programme organised by the Ministry of Physical Infrastructure and Transport, Prime Minister Oli said that the establishment of the office has opened the door for further study and exploration on developing inland waterways in the country.

Stating that Nepal was not a fully landlocked country as there was possibility of inland waterways in many rivers in the country, he expressed the belief that waterway transportation would come into operation earlier than railway service.

Prime Minister Oli said that a new dimension has been added to the ‘connectivity’ with India, adding that we are now going to be linked with India through inland waterways and railways.

Also speaking at the function, Minster for Physical Infrastructure and Transport, Raghubir Mahaseth, said that operating a ship flying Nepal’s flag would be a matter of great pride for the country.

Mt. Everest Diamond Jubilee Marathon to be held on June...