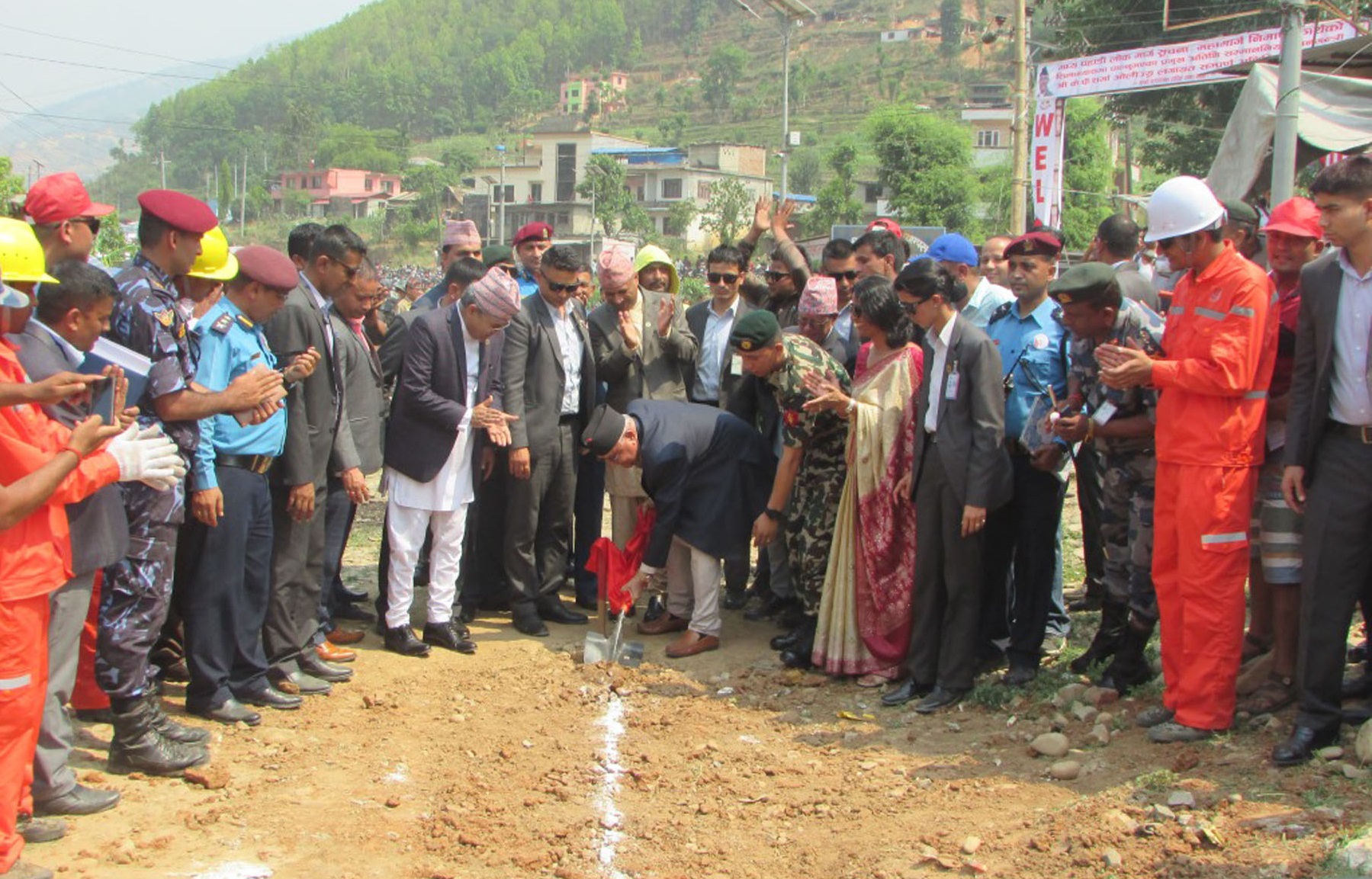 PM Oli, on the occasion, said that foreign investment and technology would be attracted for the development of the country.

Expressing his concern over the import of food items to agricultural country like Nepal from abroad, Oli shared that the upcoming budget was aimed at modernization and commercialization of agriculture would be implemented.

Reaffirming his commitment towards the development of the country, the PM urged the youth to shed sweats in our own land be involved in agriculture profession and become agriculture entrepreneurs who could export food times outside of the country.

Expressing his confidence that the Information Super Highway would open several pathways for development, PM Oli argued that development agenda would be realized if the government had youths’ support.

Similarly, Minister for Communications, Information and Technology Gokul Banskota said that the 15th Five-Year Plan had incorporated the ‘Digital Nepal’ framework. He was confident that it would be able to contribute worth Rs 8 billion in the gross domestic production within four years.

On the occasion, Chief Minister of State -3 Dormani Poudel, Minister for Internal Affairs and Law Shalikram Jammakattel among other local representatives suggested the government to construct 1,200 megawatt-Budhi-Gandaki hydro power projects without reducing its production capacity.

They also furnished recommendations to the government on host of issues, such building a short-cut roads linking Nepal with China and India, formulating laws regarding excavation of aggregates, construction of roads and demarcating super zones for fruits and vegetables cultivations among others.

Nepal Telecom, which has been awarded package to this project, has commenced laying down the optical fiber in Hile of Dhankuta district and at Khurkot in Sindhuli district along with Galchhi simultaneously from today to provide fast internet service to the people in the rural areas in these districts.

Government’s vision of ‘Digital Nepal’ envisages to lay down optical fiber to all local levels by utilizing the amount of Rural Telecommunication Development Fund (RTDF).

Optical fiber will be laid down in the places from Chiwa Bhanjyang of Paanchthar to Arughat of Gorkha district, according to NTA. This will ensure the optical fiber are expanded to all 35 districts of three states 1, 2 and 3 by considering Mid Hill Road Network as a basis.

State-owned Nepal Telecom had received the package to build the district optical network and providing optical network lease connectivity services. The agreement on the same was signed between NT and NTA on September 28, 2016. The cost of the project is over Rs 3 billion and expected to be completed within two years, according to NT Managing Director Dilliram Adhikari.

Qatar Airways is the Official Airline Sponsor of the 2018 Qatar...