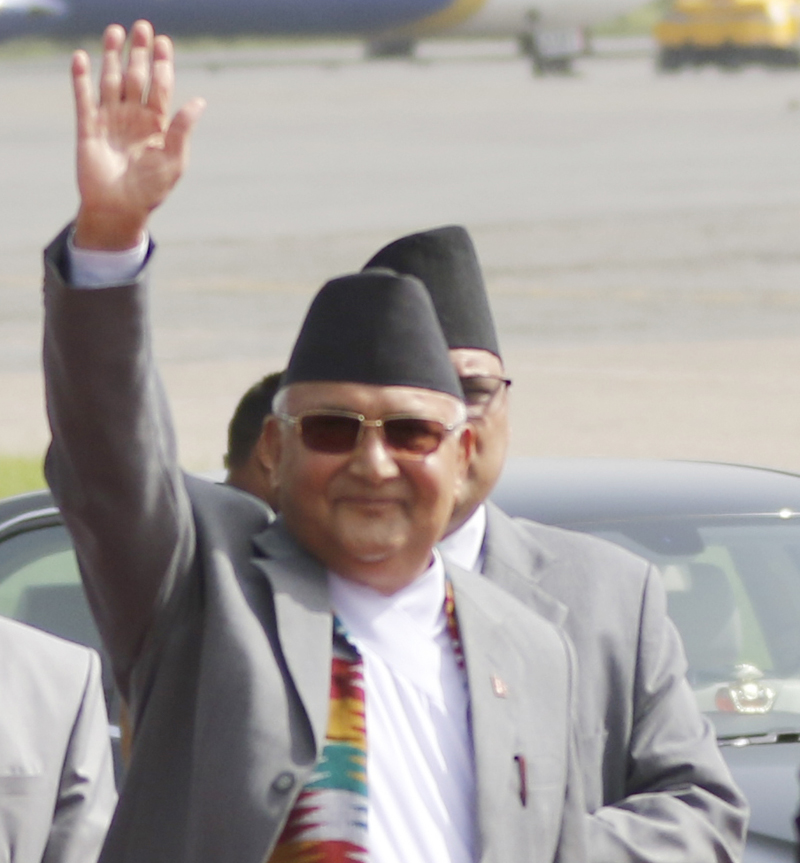 Kathmandu, July 9. Prime Minister KP Sharma Oli has said that the government was committed to completely root out corruption from the country.

Responding to the questions raised by lawmakers during deliberations on the appropriation bill at the National Assembly meeting today, the PM said that corruption should be controlled to move ahead on the path to development and prosperity.

Saying that development was not likely without good governance and prosperity was not possible without development, PM Oli argued that the nation would advance on the path of prosperity by controlling corruption. The PM also shared that he has realized the sentiments of all lawmakers for corruption control and maintaining good governance in the country.

Refuting the allegation that the maximum number of rights was centered in the Prime Minister’s Office, Oli added that the National Investigation Department was brought under the PMO for its effective functioning.

On the occasion, he also said that the budget allocated under the heading of PMO would be spent in an economic manner by all 18 offices under the PMO.

He further said that the wrongdoers should be booked, activities would be carried out under the austerity policy and the monitoring would be beefed up adding that the decent ones would be encouraged while the others involved in corruption would be severely punished.

While responding to the lawmakers’ concerns, the PM also directed the Minister for Physical Infrastructure and Transport Raghubir Mahaseth to immediately repair the roads with the pits and cracks.

The PM vowed for making the National Planning Commission more effective and the planned actions would be forwarded and pledged to move ahead by making some corrections in regard to the implementation of federalism if there were any pitfalls.
PM Oli further committed to construct postal highway with national budget adding that there will be no budget crunch for the same.

He also stressed on coordination among the Ministries for good delivery. The Head of the Government also said that the integrated settlement would be made effective after modifying the people’s housing programme in a way that such settlements could be developed with meeting basic requirements.

On another note, Prime Minister Oli shared that the tuins will be replaced by suspensions bridges in an effective manner. He also committed to phase-out the tuins in the country. PM Oli also thanked the NA lawmakers as they actively participated in the deliberations on appropriation bill.

On another note, PM Oli said that he was not for power accumulation adding that he had not held any other Ministries except the Prime Minister’s office. But the government should be powerful to cope with the problems, he said. He also focused on launching campaigns to end the misconducts and malpractices in the country. He shared that he had launched such programmes from Karnali to Siraha and the lawmakers there also should run such campaigns by their own.

He said that the constitution was a progressive document and it could be amended as per the need and relevance. Prime Minister Oli also stressed on harmony among the peoples from different identities and places.