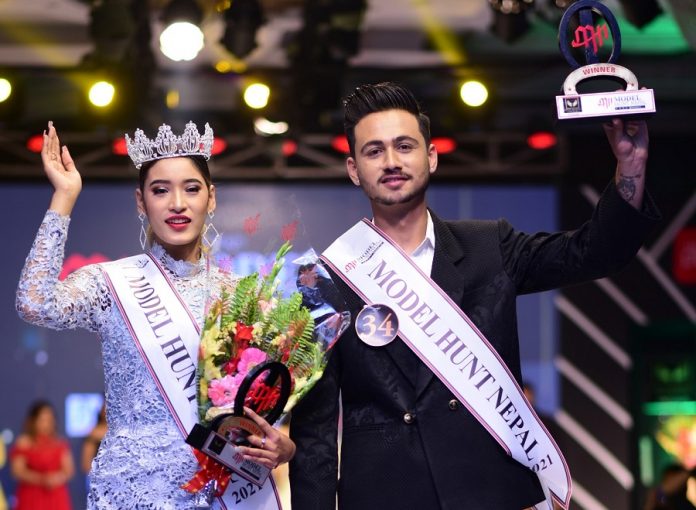 Kathmandu, March 29. The season 6 of the most popular and highly acclaimed modeling competition of the domestic scene of Nepal, Model Hunt Nepal has executed it’s grand finale in a grand way. On 27th March at Hotel Soaltee Crowne Plaza, Kathmandu, in the spectacular scene of fashion, style and glamour, the grand finale of Model Hunt Nepal saw Pravin Chapagain and Anisha Shakya being chosen as the winners. Likewise Menald Lamichhane and Shreeyashi Shrestha were spotted as first runner-up while Anup Karki and Paritoshika Pant earned second runner-up position.

After the intensive grooming session on runway skills, stage presentation techniques and etiquettes of transforming themselves to a model personality, 34 male and 32 female young promising aspirants faced the competition and performed on the international standard runway set up of the grand finale. The event was showcased under the banner of Next Models Nepal and was directed by Ravi Dhamala and Yaetna Pandey while the chief mentor and choreographer of the event was Rojin Shakya.

In the event Laxmi Rana and Saurya Tirwa were chosen as most stylish, Pravin Chapagain and Rajshree Karki as best personality, Anoop Karki and Sarita Badi as best walk, Subham Bhandari and Shrirudhi Basnyat as mr. and miss multimedia and public choice award winner.

Global IME Pay was been the voting partner of the event. The event saw 34 of promising fashion designers of IEC College of art and fashion showcasing their mesmerizing designs and creativity making the participants of the competition look awesome with their appearance. The event was been judged by the team of jury panel that included Managing Director of IEC Group, Nepal, Shailaja Adhikary, Executive producer of Kantipur TV HD and TV Personality Suraj Singh Thakuri, Media Personality, Activist and Former beauty Queen Malvika Subba, Dermatologist and Former Mister Nepal Dr. Ayushman Ghimire and Fashion Entrepreneur and designer Inta Shrestha.

The winners of the event would enjoy the opportunity at National and International fashion week, LBMA awards, Korea, International Fashion Week, Goa, and many other opportunities in the media, modeling and fashion scene. 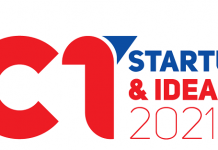 Startup and Idea Fest 2021 going to be held in all Seven Province.

Qatar Airways Welcomes a Glittering Opening of the Doha Jewellery and...

Child dies while returning from Pathibhara

Extrajudicial Killings, Targeted Killings and Drone Strike: The US Geopolitics of...