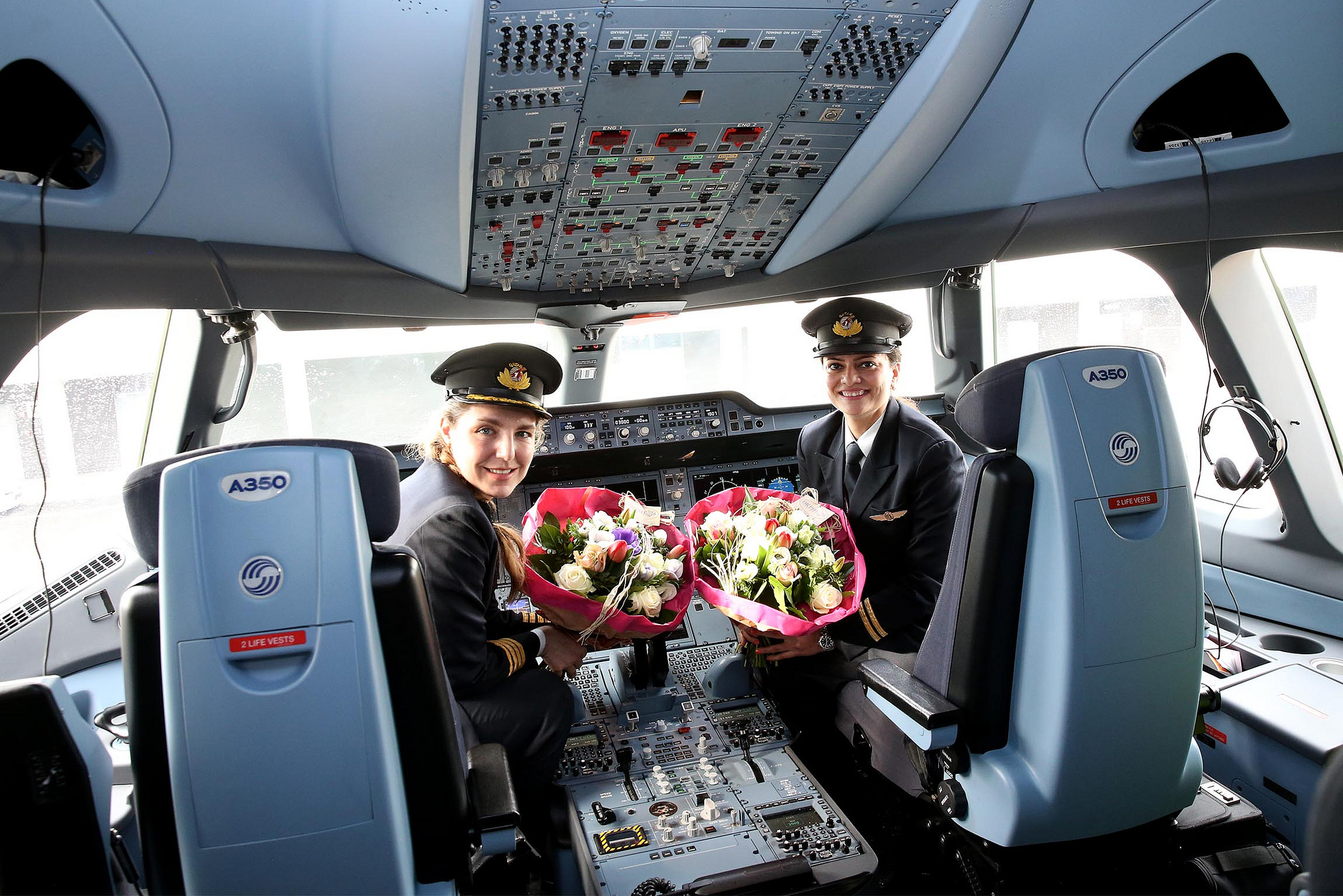 DOHA, Qatar March 13. Qatar Airways celebrated a landmark flight on Sunday 10 March as its scheduled service from Brussels to Doha was operated by a crew made up entirely of 15 women. The Airbus A350 flight from the Belgian capital to the airline’s hub in Qatar was the first time all crew members – from the cockpit right through to the cabin – had a 100 per cent female roster.

The airline recently announced a ten-year partnership with the International Air Transport Association (IATA) for the launch of the ‘IATA Diversity & Inclusion Awards’, which promote greater gender diversification in the aviation industry. Qatar Airways has committed to supporting the awards for the next decade, as it recognises the need to encourage women to succeed and excel at all levels of the industry.

The first winners will be announced at the IATA AGM in June. Qatar Airways Group Chief Executive, His Excellency Mr. Akbar Al Baker, said: “Qatar Airways is committed to promoting gender diversity, both within our airline and the industry as a whole. Our flight from Brussels to Doha is a testament to our wider goal of ensuring that women are equally represented at Qatar Airways, and recognises that the most advanced societies include women in the highest ranks of leadership.”

Commenting on the flight, European Commissioner for Transport Violeta Bulc, said: “Women in transport are under-represented, constituting less than 5 per cent of female pilots globally. We need to change this and strengthen women’s employment in the aviation sector. Actions like Qatar Airways’ flight with an all-female crew are a great example how to bring down stereotypes and encourage more women to join the sector. In the future I hope to see more flights with a female captain and a female co-pilot and more concrete actions for a gender-balanced aviation sector.

Greater gender balance can drive progress and development in all sectors of society. Only together can we create a planet that thrives and societies that blossom.” Speaking on the day of the flight, Member of the European Parliament Ms. Isabella De Monte, said: “Qatar Airways’ all-female crew flight departing today from the capital of Europe, the historical land of social rights and gender equality, highlights the airline’s commitment to align with the spirit of the EU-Qatar Comprehensive Air Transport Agreement. Such an initiative sends a clear message to the world.

Gender equality is about concrete actions and I praise Qatar Airways’ commitment to make concrete steps in that direction.” Director General Mobility and Transport at the European Commission, Mr. Henrik Hololei, said: “It is wonderful to see that Qatar Airways encourages more women to join the aviation sector and promotes this great industry among future aviation professionals.” Qatar Airways currently operates a modern fleet of more than 230 aircraft via its hub, Hamad International Airport (HIA) to more than 160 destinations worldwide.

The airline will add a number of new destinations to its extensive route network in 2019, including Lisbon, Portugal; Malta; Rabat, Morocco; Langkawi, Malaysia; Davao, Philippines; Izmir, Turkey; and Mogadishu, Somalia.

Crops destroys after Hailstorm in Rasuwa