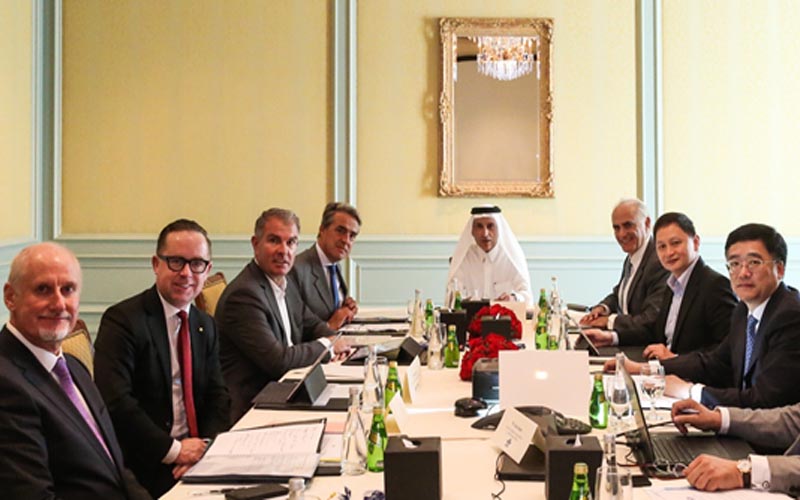 DOHA, Qatar 14 Sep. Qatar Airways Group Chief Executive, His Excellency Mr. Akbar Al Baker, yesterday hosted the Chair Committee meeting of the International Air Transport Association (IATA), as part of his role as Chairman of the IATA Board of Governors.

H.E. Mr. Al Baker was joined by fellow IATA Board of Governors members, as well as several other key industry representatives at the meeting, which was held at the Four Seasons Hotel, Doha, on Wednesday 12 September 2018.

H.E. Mr. Al Baker said: “This week’s meeting was an invaluable opportunity for IATA members to come together to discuss a number of key issues of importance currently facing the global airline industry. It is an incredible privilege to be in a position to work alongside such a respected and influential group of individuals, as well as help to lead discussion around the existing challenges and future direction of the industry I love.”

As one of the most recognisable figures in international aviation, the election of H.E. Mr. Al Baker to the prestigious post of Chairman of the Board of Governors is a clear recognition of the leading role that he plays in the aviation industry.

Under his leadership, Qatar Airways has become one of the world’s most highly-respected airlines, competing on a scale very few airlines achieve. Passengers have recognised the airline’s commitment to the values of safety, security, innovation and quality of service by awarding it the Skytrax Airline of the Year 2017, the fourth time it has received this award.

Qatar Airways is one of the world’s fastest-growing airlines, with a modern fleet of more than 200 aircraft flying to business and leisure destinations across six continents. The award-winning airline recently revealed a host of upcoming new global destinations, including Gothenburg, Sweden; Da Nang, Vietnam and Mombasa, Kenya.

NOC to build fuel storage facilities in all seven provinces