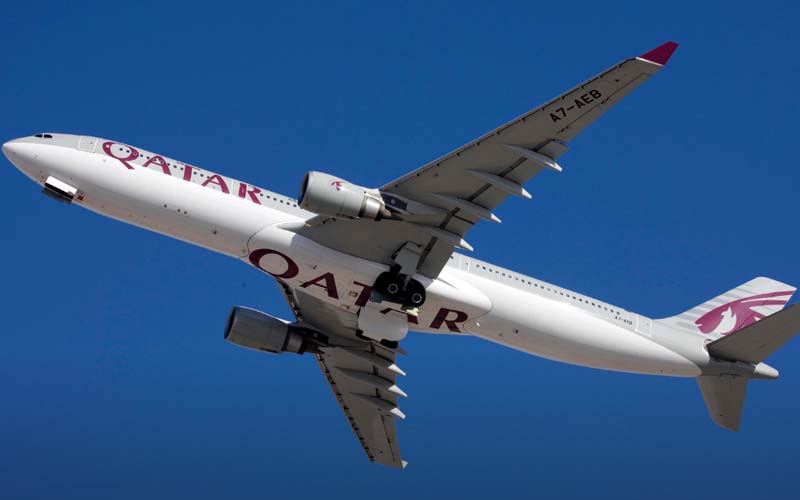 DOHA, Qatar 19 . Following the most challenging year in its 20-year history, Qatar Airways has published its annual report for 2017/18, which demonstrates the airline’s strength and resilience in the face of adversity. Overall revenue and other operating income grew 7.22 per cent annually compared to capacity (Available Seat Kilometres) growth of 9.96 per cent.

The Group generated EBITDAR Margin of 23.0 per cent at QAR 9.714 billion. EBITDAR was lower than the previous year by QAR 1.759 billion due to longer flying time resulting from the illegal blockade and loss of departing seats from the blockading countries.

Replacing 18 mature routes, which were closed due to the illegal blockade, the airline opened 14 new destinations during the fiscal year (24 new destinations to date). New destinations come with launch costs and the necessity to establish market presence, which resulted in an overall net loss of QAR 252 million. With a positive operating cash inflow, the cash position of the Group remained strong at QAR 13.312 billion.

Qatar Airways Group Chief Executive, His Excellency Mr. Akbar Al Baker, said: “This turbulent year has inevitably had an impact on our financial results, which reflect the negative effect the illegal blockade has had on our airline. However, I am pleased to say that thanks to our robust business planning, swift actions in the face of the crisis, our passenger-focused solutions and dedicated staff, the impact has been minimised – and has certainly not been as negative as our neighbouring countries may have hoped for.”

A strategic and rapid response from the airline when neighbouring countries illegally blocked Qatar’s airspace on 5 June 2017 put Qatar Airways in a position of strength from which to recover from the unprecedented attack on the country’s sovereignty. Within 10 weeks new destinations to Sohar, Prague and Kyiv were announced and launched, while other routes saw an increase in frequency and capacity, thus swiftly redeploying capacity with a view to soften the impact of being illegally blockaded from 18 regional gateways.

The airline has launched 24 new destinations in total since the start of the blockade, further expanding its network of more than 150 exciting gateways around the world and continuing its ambitious growth plans in Europe and Asia.

Against this backdrop of regional political tension, just six weeks after the start of the blockade, Qatar Airways proved to the world that its neighbours had failed to reach their objective in reducing the airline to collapse by instead winning the coveted title of ‘Skytrax Airline of the Year’ for the fourth time in less than 10 years. The airline also took home awards for ‘World’s Best Business Class’, ‘Best Airline in the Middle East’, and ‘World’s Best First Class Airline Lounge’.

Throughout this turbulent year, Qatar Airways has not wavered from its strategy and vision of constant growth and development to give its loyal passengers the best possible on-board experience every time they travel.

As the first airline in the world to take delivery of the Airbus A350-1000 in February 2018, Qatar Airways proved once again that it leads where other airlines follow in terms of providing passengers with the latest generation aircraft available in the skies. As well as taking delivery of its first Airbus A350-1000, the airline added 20 other aircraft to the fleet throughout the financial year, increasing the total number to 213 (as of 31 March 2018).

During the financial year, Qatar Airways Group also continued apace with the expansion of its investment portfolio to include an initial 9.94 per cent stake in Cathay Pacific, which has since increased to 9.99 per cent, as well as a 49 per cent share of AQA Holding, the parent company of Meridiana fly, which was relaunched as Air Italy in February 2018.

With its “business as usual” approach to the blockade, the airline also continued to invest in sports sponsorships, which it sees as the ideal platform for bringing people together from all corners of the globe. Qatar Airways Group’s sponsorship with FIFA remains the core of its sponsorship portfolio, and is complemented by the addition of sports partnerships with Bayern München AG, AS Roma and Boca Juniors. These sponsorships further enhance the airline’s commitment to leveraging sports as a means to connecting with passengers across its global network.

Polls on Nov 19 even without CPN-Maoist: Bogati