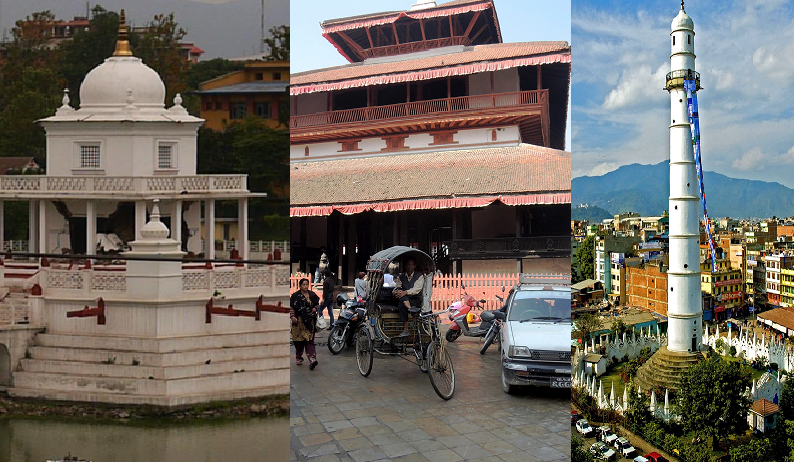 Kathmandu, April 24 . After three years of the devastative Gurkha Earthquake, the construction activities of three historical heritages in the Kathmandu Valley have gained pace. The Gorkha Earthquake had occurred on April 25, 2015.

The Balgopaleshwor Temple located inside the Ranipokhari will be built following the style of Malla period. The surrounding of the pond would also be made modern and attractive.

Although Kathmandu Metropolis was tasked to reconstruct the damaged Ranipokhari after President Bidya Devi Bhandari in January 2016 laid foundation stone, dispute surfaced whether it would be built in traditional structure.

Similarly, 25 percent of the reconstruction of the Kasthamandap, the temple said to be made up of a single tree wood in the Kathmandu Durbar Square of Hanumandhoka, has been over, said Rajesh Shakya, Chairman of Kasthamandap Reconstruction Committee.

Currently, wood works are going on for the windows and doors. It will also be constructed in its original style.

Moreover, the pillars are being set underground for the construction of Dharahara. Joint Secretary at NRA, Rajuman Manandhar, informed that activities were carried out in a pace to complete it in the stipulated time.

The new Dharahara would have 11 stories. Various facilities including museum, fountain, parking lot, garden would be made in the premises of the Dharahara. The areas allocated for it is 29 ropanis of land.

Prime Minister KP Sharma Oli had laid the foundation stone of the Dharahara on December 27 last year. The Raman Construction has begun works targeting the completion within two years.