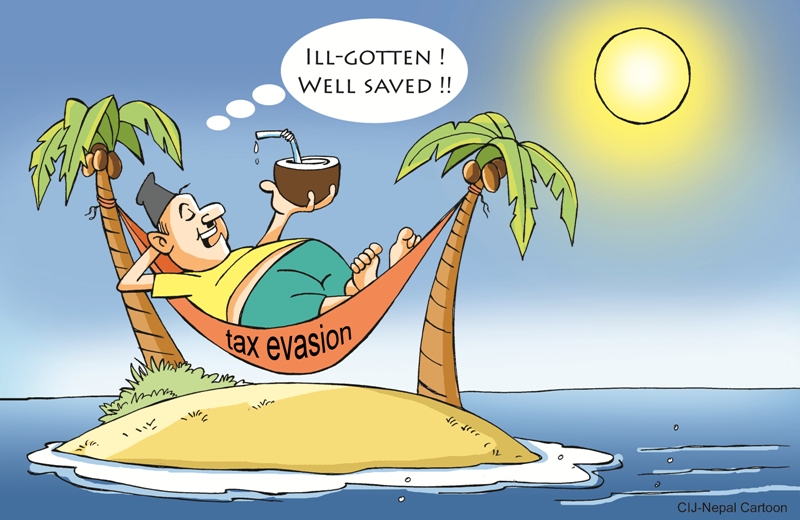 Kathmandu, Jan 18 . Names appeared in a list of Nepalis with investments abroad have taken exception to allegations made against them. Denying that they have committed any wrongdoing, they say that the report released by the Centre for Investigative Journalists on Wednesday only puts them in a negative light and tarnishes their image.

After the publication of Nepaleaks-2019, one of the foreigner partners of Upendra Mahato, Mr. Romeo Abdo has made many issue clear. Romeo seems worried about future of Foreign Direct Investment (FDI) in Nepal.

Releasing a press note Thursday, Romeo declared Dr. Upendra Mahato, Mr. Niraj Shrestha and Ajeva Raj Sumargi as business partner. He claim all the investment in Ncell as legal. He said,  ‘It is worth to note that all investments were structured through  the intermittence and with the active involvement of international financial consultants and legal advisors which rank among the big 4 and the Magic Circle firms.’

In the press release he has mentioned ‘the investments being secured through publicly listed companies, the highest standards of scrutiny were applied and scrupulously observed with utmost transparency and good intentions.’

He seems not happy with the news published in Nepali media. He writes, ‘the acute competition within the big players in the business community in Nepal regrettably generates a lot of miscommunication, which often creates opportunities to feed false market gossip and media hoaxes.’ He adds, ‘currently we are falling victims to one of these hoaxes which is causing us tremendous and immeasurable prejudice.

Alarmingly we fear that this will in turn negatively affect the foreign direct investment in Nepal and harm the interests of the people and the market of Nepal. Indeed allowing for the proliferation of false market gossip will discourage the flow of foreign investments.’

He has some urged with the government of Nepal. As he writes, ‘we trust that the government will be sensible to the matter and take all appropriate measures to put an end to the speculative propaganda and false market gossips in order to protect the interests of its own people and uphold its policy to encourage foreign investments in Nepal.’

Denying his involvement on money laundering Romeo made counter question, ‘the reports indicates that I have transferred 250.000$ from the bank account of my wife in the context of money laundering, if I am the man who was involved in all these operations would I involve my wife in such transaction for a 250k suspicious transfer ?’

He also decleared that he will pursue all legal actions in order to safeguard his interests and seek compensation for the prejudice being caused to him.

Dhakal says he invested in UK-based companies after taking approval from Nepal Rastra Bank in 2002. Neupane also denies reports saying that neither he nor his family members have any connection or relation with foreign companies mentioned in the report.