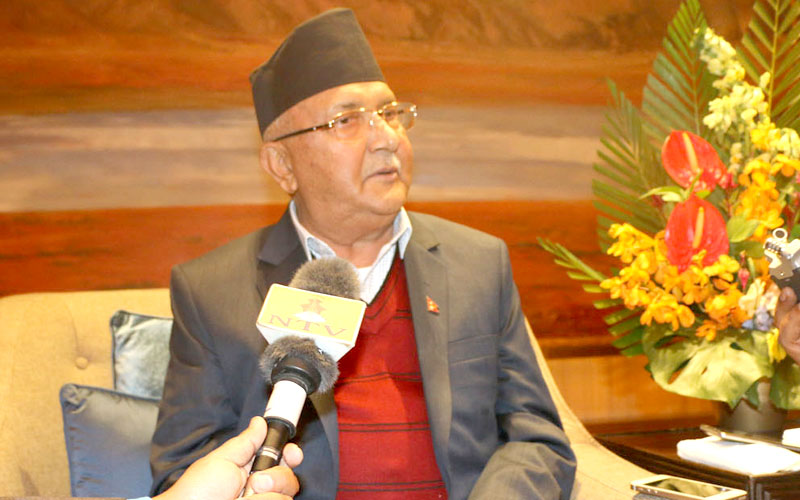 DPM Yadav administered the oath of office and secretary to the Vice Chancellor and others in the presence of the Prime Minister.

After administering the oath of office and secrecy, PM Oli directed the NAMS to expedite the construction of Bir Hospital in Bhaktapur.

The oldest hospital in the country will be relocated to Bhaktapur, and modern and well equipped buildings for the Hospital will be constructed across 500 ropanis of land. According to the PM, Bir Hospital would be operated as the City Hospital.

Circulars issued by NRB to disclose the paid up capital increment...