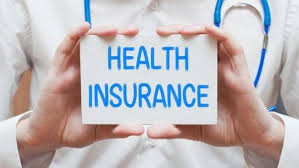 Khotang, Dec 23 . The family of Khagendra Bahadur Sarki,53, of Majhuwagadhi municipality-8, who died in course of foreign employment in Qatar, have received insurance amount.

Sarki was working at the Connecting Company of Qatar when he lost his life on September 23, 2018. The IME life insurance company provided Rs. 1.4 million worth of insurance amount to the Sarki family on Saturday. Sarki’s insurance coverage had only passed five months, according to the Company’s Diktel Chapter Chief Narayan Rijal.

Mayor of Majhuwagadhi Dip Narayan Rijal handed over the cheque to the widow of Sarki at a function held at the IME office in Triveni chowk, Diktel.

Sarki was working for various companies in Qatar for the past 18 years. The company is providing a compensation of Rs. 80,000. He is survived by his wife and five children including three daughters.

Solar panels to be made mandatory