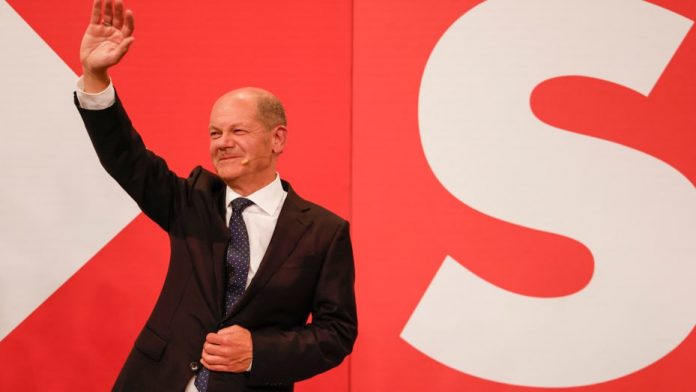 Berlin,Germany, Sept 27.  The Social Democrats (SPD) party won in the German federal election with over 25 per cent, according to results released by the electoral commission.

The results released after processing data from all the districts say that the conservatives’ bloc consisting of German Chancellor Angela Merkel’s the Christian Democratic Union of Germany (CDU) and the Christian Social Union (CSU) is second with 24.1 per cent, Sputnik reported. The Greens are third with 14.8 per cent.
Meanwhile, the Free Democratic Party (FDP) is fourth with 11.5 per cent. The Alternative for Germany (AfD) party is fifth with 10.3 per cent. Germans went to the polls to elect the next parliament, which will appoint Merkel’s successor. The make-up of the new government is not expected to be known immediately.
German voters casting ballots on Sunday for a new parliament that will decide the successor for Chancellor Angela Merkel, after her 16-year rule of Europe’s largest economy. (ANI)

Samsung Electronics offered not to launch any patent lawsuits in Europe