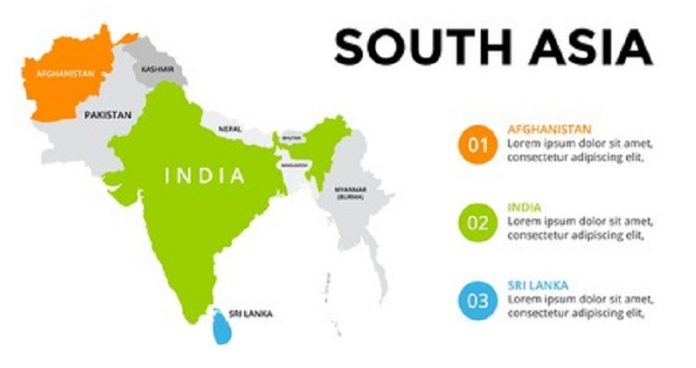 After gaining independence in 1971 under the leadership of Father of the Nation Bangabandhu Sheikh Mujibur Rahman, Bangladesh has gone through many ups and downs and is now a developing country. With the capable and dynamic leadership and extraordinary skills of Prime Minister Sheikh Hasina, Bangladesh has reached this stage today.

Besides, the government of Prime Minister Sheikh Hasina has undertaken the construction of ten megaprojects and 100 economic zones for the development of infrastructure in the interest of economic development. It is hoped that the people of the country will be able to enjoy the benefits of all these megaprojects of the government in a very short time. As a result, the pace of economic development of the country will be further accelerated. Megaprojects include Padma Multipurpose Bridge Project, Metrorail in Dhaka, Rail Link to Padma Bridge, Railway line from Dohazari to Cox’s Bazar via Ramu and Ghumghum via Ramu, Rooppur Nuclear Power Plant, Matarbari Coal Power Station, LNG Terminal, Coal Mine Port, and Sonadia deep seaport construction project.

Apart from this, the establishment of 100 Economic Zones (EPZs) on 30,000 hectares of land by 2030 is in full swing. It may be mentioned that 20 percent of the total exports of the country are exported through Bangladesh Export Processing Zone (EPZ). At present, BEPZA is making a significant contribution to the national economy through eight ongoing EPZs in Bangladesh. As per the decision of the government, construction work of four more EPZs has been undertaken at present. The project was adopted in 2017 under the direction of the Prime Minister, the work of establishing ‘BEPZA Economic Zone’ on 1150 acres of land in Mirsarai Upazila of Chittagong district is nearing completion.

Agreements will be made with domestic and foreign investors in a very short time. Considering the success of BEPZA, work has been undertaken to set up three new EPZs on the instructions of the Prime Minister. These are Sahebganj Sugarcane Mill and Patuakhali Pigeon of Rangpur Sugar Mill to improve the standard of living of small ethnic groups in Jessore district in the southwest of the country. These three EPZs are currently under implementation. If a new BEPZA economic zone and 3 EPZs are implemented, the country’s total exports through BEPZA will increase further. There will be many employment opportunities.

According to the country’s GDP, Bangladesh is expected to move forward on the path of development. GDP is the total value of goods and services produced within a country at a given time (usually one year). The percentage of growth of a country’s gross domestic product is defined as economic growth. Simply put, economic growth refers to the percentage of the increased share of GDP. GDP reflects the size and strength of a country’s economy. This is the universally accepted and widely accepted method of determining or determining economic potential or strength.

In 2019, the GDP of Bangladesh was 317.465 million US dollars, in 2020 it stood at 860.917. In 2018 and 2019, the GDP growth rate was 8% and 7.9% respectively. In 2021, the probable rate is expected to be 9.5%. Bangladesh’s GDP growth comes mainly from five sectors. The sectors are manufacturing, wholesale-retail trade, transportation, construction, and agriculture. Approximately 67% of GDP depends on the five sectors mentioned in Bangladesh.

Nobel laureate economist Amartya Sen remarked that in some cases, Bangladesh has had such astonishing success. Among these are education facilities, women empowerment, reduction of maternal and child mortality, provision of toilets and health facilities for the poor, and immunization of children.

Despite being a small developing country, the country has shown great success in launching the fast-moving Bangabandhu Satellite-1 within 50 years of its formation to form ‘Digital Bangladesh’. The broadcasting activities of the country are being enriched through the images and information obtained from Bangabandhu Satellite. Being profitable economically. The Government of Bangladesh has taken all the groundbreaking steps to realize the dream of Digital Bangladesh. These include the introduction of e-documents, institutionalization of government procurement process online, etc. E-payment and mobile banking have been introduced to make the service delivery process easy, transparent, and fast. In addition, one of the world’s largest national web portals has been created. All the Upazilas of the country have been brought under the Internet. All these successes are the result of digital development in Bangladesh.

In terms of economic development, Bangladesh’s export earnings have steadily increased in the last few years. Along with remittances, agricultural and industrial production has also increased. At the same time increasing employment. Infrastructural development has taken place. The employment and productivity of millions of people have increased at the marginal level. All in all, the economic development of Bangladesh has been possible. Bangladesh is currently the 36th country in the economy and the fifth fastest-growing country. By 2035, Bangladesh is going to be the 25th largest economy in the world. Bangladesh is now a pronounced name in the world economy.

Bangladesh’s economy is much stronger than that of neighboring Pakistan and India. Let the tide of this development of Bangladesh continue. Everyone expects Bangladesh to be in a strong position in the world economy. Today, 50 years after its birth, devastated Bangladesh has become a country free from hunger and poverty with the help of Prime Minister Sheikh Hasina, daughter of Bangabandhu. Prime Minister of the tide of development in Bangladesh. She is efficiently fulfilling all the responsibilities for realizing the dream of her father, the father of the nation.