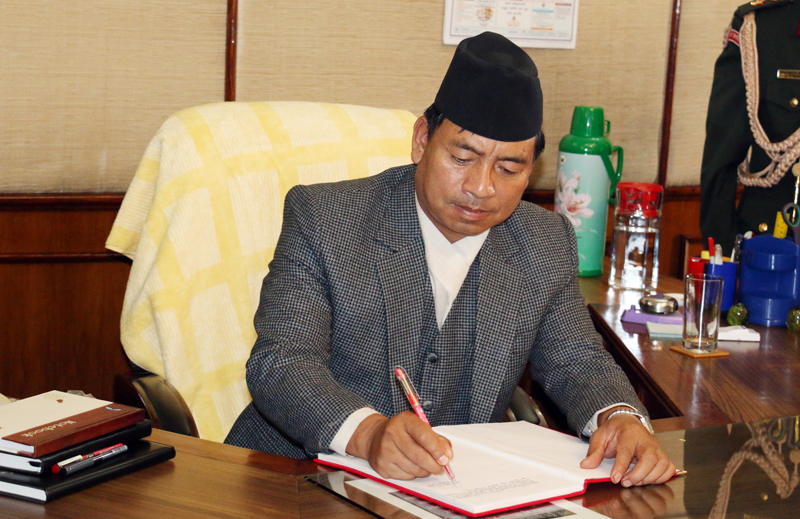 Kathmandu, March 20. Vice-President Nanda Bahadur Pun has expressed his hope that the ‘Belt and Road Initiative (BRI)’, the new development concept introduced by China would benefit the world and Nepal, being the close neighbour to it, would take more benefits from the Initiative.

Receiving felicitations conveyed by his Chinese counterpart Wang Qishan from Chinese Ambassador to Nepal, Yu Hong, today for his (re) election on the post of Vice President of the federal democratic republic of Nepal, Vice President Pun hoped to get more help and support from China to Nepal’s development endevours. On the occasion, he said Nepali people were eagerly waiting for a moment to welcome the Chinese President to their home.

Expressing happiness over the arrival of a ‘new era’ of development in Nepal, the Chinese Ambassador made it clear that China would remain on forefront in terms of assisting collective endevours meant for Nepal’s development.

Secretary at the Office of Vice President, Lal Shankar Ghimire, and officials from the Chinese Embassy were also present on the occasion.

No prosperity without good-governance and transparency: PM Oli