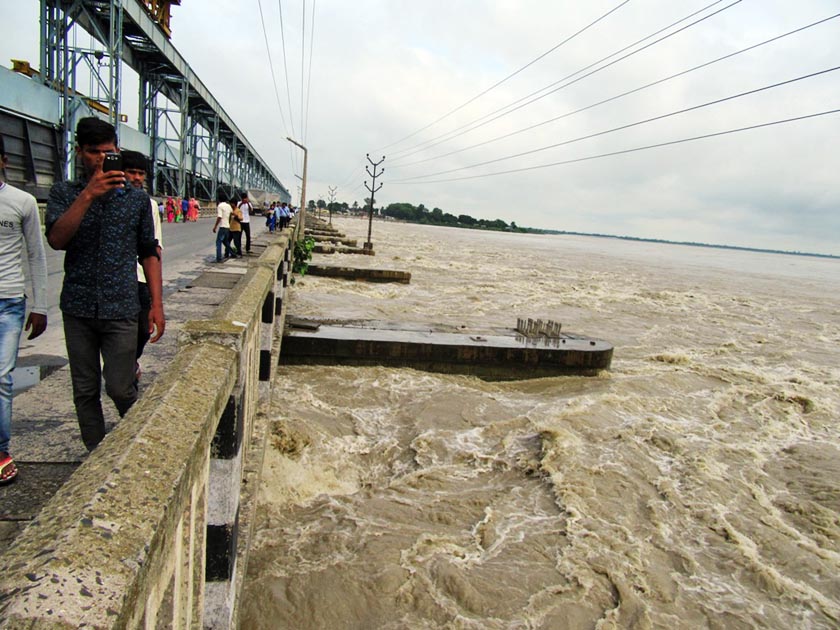 Dharan, July 13. The water flow in the Saptakoshi River along the Koshi Barrage has intensified further. With the rising water level, 30 gates out of 55 have been opened.
According to the measurement taken this morning, the water current reached 226,700 cusec. The water level in the river at Chatara has already exceeded the alert line and the local administration has urged the people to remain on high alert in view of the possibility of risk.
A rotation system has been implemented for vehicular movement along the East West Highway, bearing in mind the increased level of water in the river, said Armed Police Force Bhantabari’s Police Inspector Surendra Bhandari. The Koshi Barrage since yesterday has displayed a red light, indicating the sign of danger.

Demand for blood now could be placed from computer