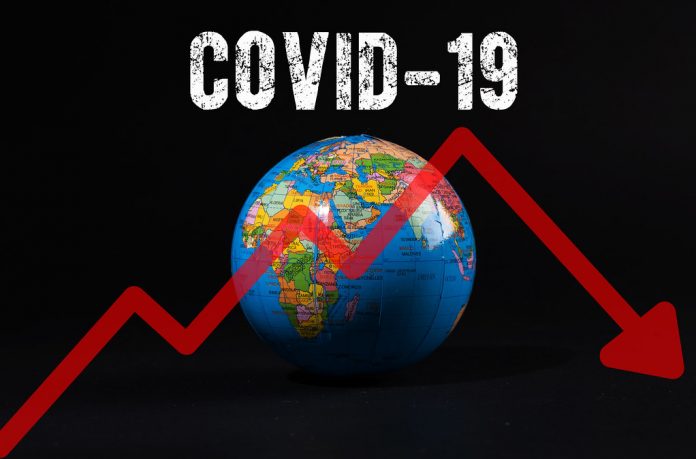 As of today most of the global economy are suffering from Covid-19,with direct impact on economic activities all around the world indicating recession is inevitable, soon to be faced by the globe.

Almost all countries are suffering the economic damages for about a year now with restrictions on economic activities to control the spread of virus, Big economies like USA, United Kingdom, India are among many of worst hit countries. Not only the so-called big economies but a wealthy economy like United Arab Emirates is worst hit and soon preparing for a recession. With all these going all around the world Nepal a landlock country with major dependency on Indian economy to survive has not been an exception.

The latest report shows that due to Covid 19 Indian economy had shrunk by 25 percent, which means that it is going to affect our trade with India as they prepare to face worse economic slowdown to came ahead.The Nepali rupee is pegged with the Indian currency. Nepal shares an 1800 km long open border with India, with 27 trading points, literally hundreds of  crossing points and a free flow of people from both sides. As the report of BBC,in the last fiscal year that ended on mid-July 2019, 64.6 percent (Rs63 billion) of Nepal’s export and 64.7 percent (Rs918 billion) of import was with India. More than 90 percent of Nepal’s international trade goods pass through India.

As such, the impact of any development in the Indian economy is directly transmitted to the Nepali economy through more than one channel. The adverse effects travel fast. One natural consequence of economic distress is the devaluation of Indian currency against the convertible foreign currency, which correspondingly impacts the exchange rate of Nepali currency.

This, in turn, puts additional pressure on the import-dependent economy. Balance of payments and foreign exchange reserves will soon dwindle. If the Indian slowdown is accompanied by uncontrolled inflation, we will be importing it along with two-thirds of our goods imports from India. Low-paid Nepali workers in India may face lay-offs, while the Nepali labour market is likely to face oversupply due to an increased inflow of Indian migrant workers.

Not only the formal data but thousands of people from western region depend on the informal jobs as they visit India for seasonal employment due to lack of jobs in country, the same has been evident in recent days as thousands  of Nepali people crossing boarder every day who had returned home due to Covidin search of jobs even in the season of great festival loomingupon us. These people and their families are dependent on their workings in indiafor their survival and this informal or unaccounted nepali workers in india may  have been overlooked on evaluation of effects on our economy due to shrinkage of Indian economy .

So there will be a question why our currency is fixed with Indian rupees and why don’t we act on our own and establish a direct link with dollars, to simplify this question as mentioned above 64 percent of our exports are with India if we are to cut ties with Indian currency and to establish direct link with dollars and appreciate our rupee equivalent to Indian rupee i.e. 1 indian rupee is equals to 1 nepali rupee, now our product becomes expensive for Indian importers and they may reject our product or search for an alternative, which eventually kills the international market for nepali product.

The ongoing talks of increasing the trade with another neighbour, second largest economy in the world, China has never progressed more than a news sensation, with multiple bilateral agreements to share trade with china being just an agenda of any political party to fool nepalicitizens. Hence the only way to sustainour economy is to walk with Indian economy and hope this economy grows at higher rate to benefit from the same until other international trade doors are open for us.