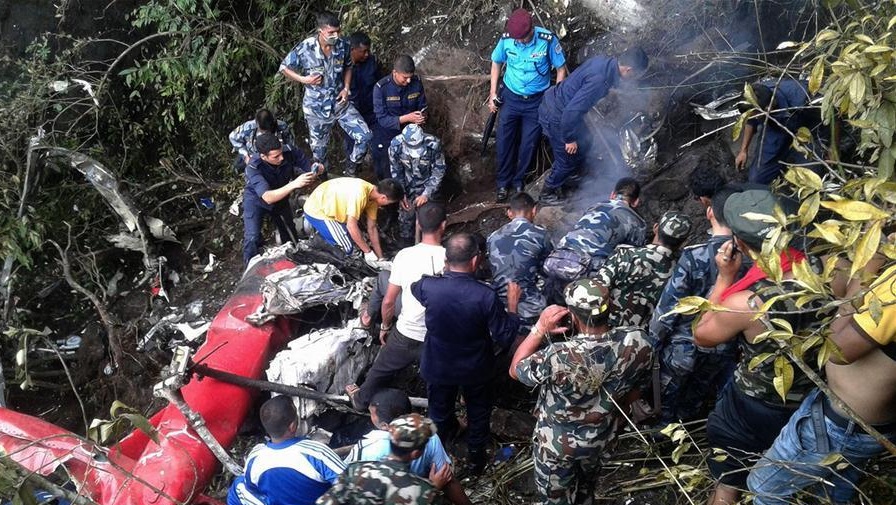 Nuwakot, Sept 9 . Bodies of those who were killed in the Altitude Air helicopter crash in Nuwakot have been brought to the district headquarters Bidur today morning, said the police.

The deceased’s bodies were retrieved throughout Saturday night with the help of the local people, and geographical difficulties involved in transporting their bodies, said Chief District Officer Uddhav Bahadur Thapa, adding that preparations were underway to send the deceased’s bodies to Kathmandu.

\The helicopter crashed at Mailung Pakha in Meghang Rural Municipality in Nuwakot district on Saturday morning, killing six of seven people on board the helicopter.

Those killed in the crash have been identified as senior captain Nischal KC, Dilli Bahadur Gurung of Ramechhap, Hira Sherpa of Dolakha, Chewang Nurbu of Bhumanubri Rural Municipality-2 in Gorkha, Sunil Tamang of Sindhupalchok, and the Japanese national Hiromi Komatsu with passport no 713612068). However, Ani Dolma Dikki of Gorkha survived the crash.