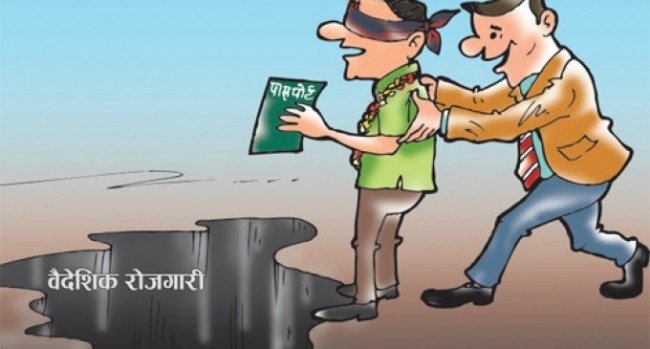 Kathmandu, Oct. 8 . Minister for Labour, Employment and Social Security Gokarnaraj Bista has said that the obligatory situation of Nepalis to go for foreign jobs would be brought to an end within five years.

Saying that creating jobs inside the country and bringing migrants back home was a challenging job, Minister Bista pointed out the need for utilizing Nepal’s labour, skills and zeal for the country’s development.

He opined that Nepal’s development was in an initial stage adding that all should be united to achieve the goal of Prosperous Nepal, Happy Nepali through the infrastructure, economic and social development.

Also speaking at the programme, Nepali Congress spokesperson Bishwa Prakash Sharma said that bringing the Nepalis back home from the destination countries was a challenging job and added that Nepalis should contribute to the development and prosperity of their motherland wherever they reside.

On the occasion, Sharma admitted NC’s failure to chart out a clear plan of action during the NC-led govenrments to end the obligatory situation of foreign migration for Nepalis.
Likewise, singer and song writer Narayan Rayamajhi said that the song entitled ‘Farka Dai Farka…’ has prodded entire Nepalis to return home for the motherland’s prosperity.