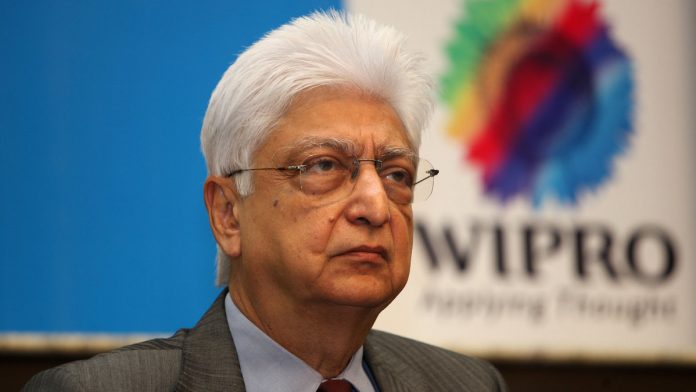 MUMBAI, June 6 .  India’s second-richest man, Azim Premji, announced Thursday his retirement as chairman of Wipro, the company that he transformed from a small cooking fat firm into a global IT powerhouse.

“I wish to thank generations of Wiproites and their families for their contribution towards building our company to what it is today,” the 73-year-old said in a statement.
“It has been a long and satisfying journey for me. As I look into the future, I plan to devote more time to focus on our philanthropic activities,” he said.

Premji has headed Wipro since the late 1960s, turning into a behemoth in IT, consulting and business services present in over 50 countries with $8.5 billion in revenues.

Premji will step down as executive chairman on July 30, to be replaced by his son Rishad Premji, but will remain on the board as non-executive director and founder chairman.
In March, Premji pledged about 34 percent of Wipro shares controlled by him to philanthropic activities through his foundation, Bloomberg reported.

India’s $150-billion IT sector has long been one of the country’s flagship industries as companies around the world take advantage of its skilled English-speaking workforce.
Known as the czar of the industry, Premji’s Wipro competed with Tata Consultancy Services and Infosys globally to export its software services to clients in Europe and the United States.

However Indian IT firms are undergoing a period of change in the face of automation and new technologies.Shares in Wipro fell by almost a percent on Thursday.