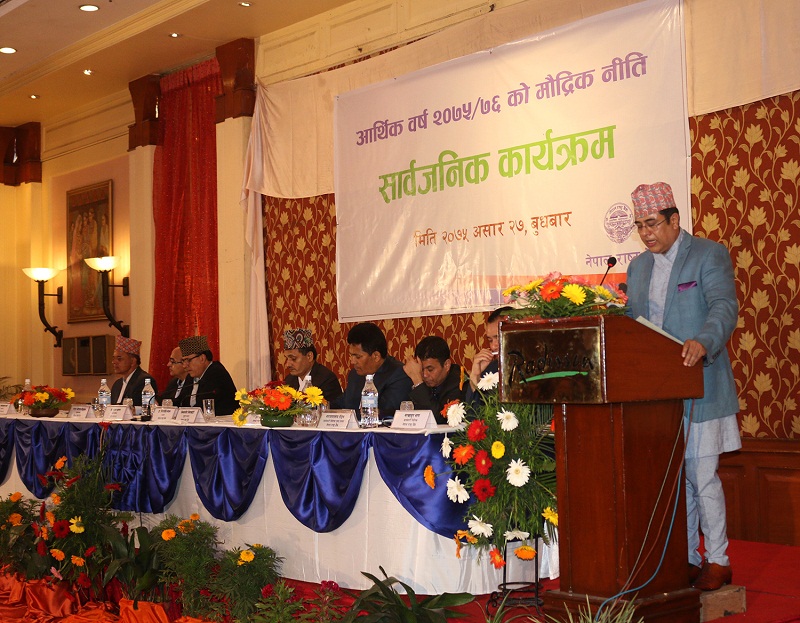 According to the Monetary Policy unveiled by Nepal Rastra Bank today, the reduction of ratio would make cash flow of Rs 48 billion and also reduce base rate of the banks.

Earlier, there was a mandatory provision for the commercial banks, development banks and finance companies to maintain cash ratio of 6, 5 and 4 percent, respectively.

Likewise, the policy has reduced the legitimate liquidity ratio for commercial banks from 12 percent to 10 percent, from 9 percent to 8 percent for development banks and from 8 percent to 7 percent for finance companies.

Similarly, the policy has also declined the bank rate which has remained the final loan provider facility rate from 7 percent to 6.5 percent.

Earlier, the central bank had a provision that the commercial banks could mobilize foreign loan up to 25 % of the primary capital to spur investment-friendly tools.

The policy has widened the net allowing the banks and financial institutions to receive loan up to 25 percent of its primary capital on Indian currency as well in addition to convertible foreign currency.

The policy also has envisioned establishing separate fund of foreign investment inflowing to the country for infrastructure projects at the Nepal Rastra Bank which will help reduce risk in the management of foreign exchange.

Similarly, the ceiling of the re-loaning fund will be reached Rs 35 billion in order to provide concessional loan in the prioritized areas.

Revising the existing provision, the NRB has set the criteria for all sorts of banks and financial companies to invest minimum five percent of its income to the poor class.
For the development of women entrepreneurship, the loan would be provided at six percent interest.

Within the fiscal year of 2018/019, all commercial banks would be asked to set up provincial offices. With this, the banking service would be accessed in a convenient and inclusive manner from all provinces, the NRB expressed confidence.

The banks and financial institutions would be obliged to reduce the margin loan of its primary capital from the existing 40 percent to 25 percent. Such loan is floated in the collateral of shares, according to the monetary policy.