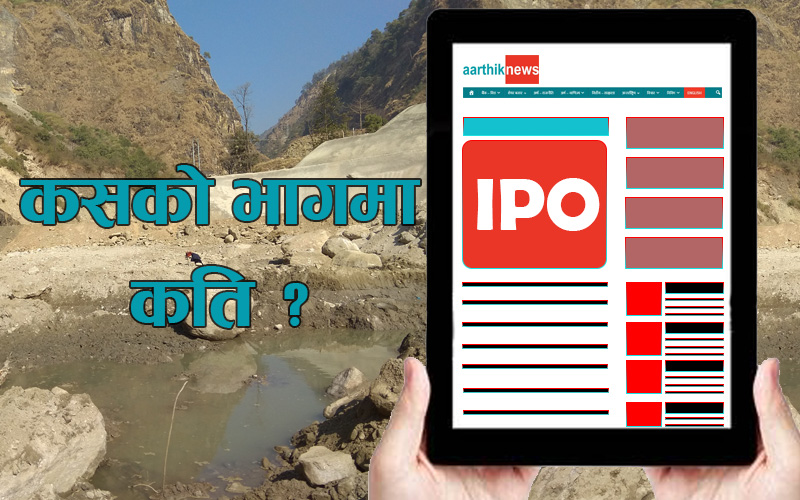 The Madhya Bhotekhosi, a subsidiary company of the Chilime Hydropower, is developing the 102 megawatt hydroelectricity project in Sindhupalchowk.

The company has decided to sell limited 14,400,000 units of ordinary share, the company said. The company was earlier granted permission by the Securities Board Nepal for so.
Project staffs, Nepal Electricity Authority (NEA) employees and employees of organizations investing in the project will be entitled to apply for the share.

The Provident Employees’ Fund (PEF) has invested loan in the project and the PEF members, locals and mass will have a total 49 percent stake in the share. The project has so far recorded nearly 45 percent physical progress.