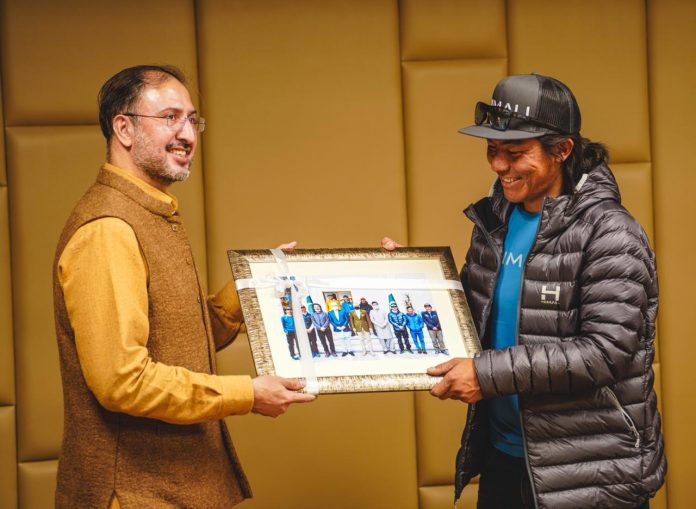 Kathmandu, Jan 31. Embassy of Pakistan in Kathmandu hosted a reception in the honor of Nepalese Winter K2 Ascent Teams who have successfully scaled K2 in Winter. It is for the first time in history that the “Savage Mountain” has been successfully scaled in winters, setting a new world record.

The reception was held at a Hotel in Kathmandu. Mr. Dhananjay Regmi, CEO of Nepal Tourism Board, notables of Nepal’s Tourist Industry and senior officials also attended the reception.

Speaking at the occasion, Ambassador-designate Syed Haider Shah congratulated Nepalese climbers’ teams and praised their extraordinary success. Recalling the history, Ambassador Shah said that the previous six attempts to scale the world’s second highest peak in winters had unfortunately ended in failure. He commended the exemplary courage, tenacity and teamwork of the Indigenous Himalayan climbers in overcoming the odds and setting a new world record.

Speaking at the occasion, the ascent teams thanked Embassy of Pakistan for their support, appreciation and recognition of their success. They also recalled the warm and memorable reception from the leadership and people of Pakistan.

Preparations for Nepal Investment Summit over

A remarkable week for NEPSE