Syria, May 8 – Internet services have halted across Syria, in what appears to be the second shutdown in six months.

The Syrian government blamed that incident on “terrorists”, but internet experts said it was more likely that the regime had shut down the web.

Activists suggested at the time of the last internet shutdown that the regime might have been planning a major offensive, or that it might have been attempting to disrupt rebel communications. However, neither theory was substantiated.

US web companies, including Renesys and Akamai, logged the latest blackout late on Tuesday. Source: BBC 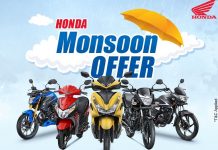