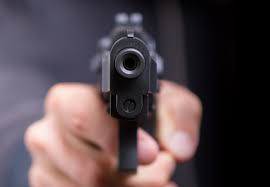 Kathmandu, June 22 . Police have opened two rounds of fire to take a looter under control at Baudha in the capital city this evening.

A team of police personnel deployed from the Metropolitan Crime Division shot at to take Amar Bahadur Tamang aka Khude under control, Senior Superintendent of Police (SSP) Dhiraj Pratap Singh of Division told.

Amar has sustained leg injuries. Police have seized a pistol and two rounds of bullets from the site, SSP Singh added. Likewise, 1,200 US dollars and eight bundles of paper resembling the size of fake money note. Amar had looted nearly Rs 2 million rupees from Birendra Tamang of Taplejung district some two weeks ago.

Local taxes to be studied

Trump says high oil prices ‘will not be accepted’