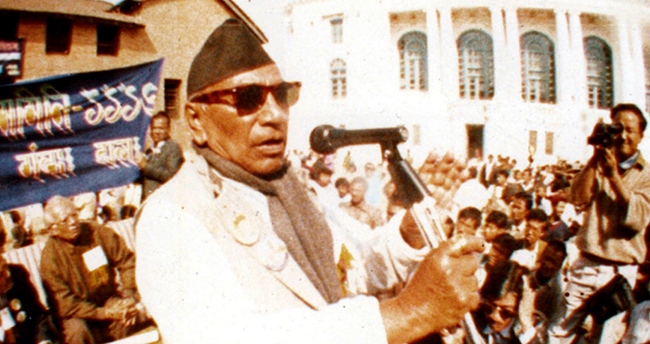 Rich tributes were paid to the late leader who is also known as the ‘Iron Man’ of Nepali politics for his audacious struggle for overthrowing the Rana and the Panchayat dictatorships.

Born on Kattik 24, 1972 BS, leader Ganesh Man Singh had died on Asoj 2, 2054 BS. He was jailed for long time by the then regimes for his involvement in the movement for establishing democracy in the country.