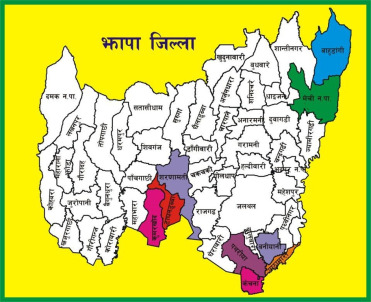 Jhapa, Dec 4 . Nepal Student Union (NSU) Jhapa President Rajendra Uprety has admitted that its cadres had intercepted a vehicle carrying Mechinagar’s Deputy Mayor Meena Uprety as per the directive of the center.

However, NSU cadres did not make any attempt to set the government vehicle on fire as claimed by Mechinagar’s deputy mayor, President Uprety clarified in a press statement on Thursday evening.
He further noted in the statement that the decision was made to stop the operation of government vehicles across the country on Thursday as per NSU’s central programme to protest the arrest of Nepali Congress senior leader Ramchandra Poudel by police in Tanahun on Wednesday.
Deputy Mayor Uprety said that two people identifying themselves as NSU cadres had attempted to set ablaze the government vehicle (Me 1 Jha 172) in Mechinagar municipality-13 Charalai along the East-West Highway while she was travelling in the four wheeler.
The attempt was made at round 3.00 pm on Thursday afternoon while she was returning to the office after attending a programme of the Nepal Oil Corporation Charali Depot, Deputy Mayor Uprety shared.

India pulled off victory over Srilanka