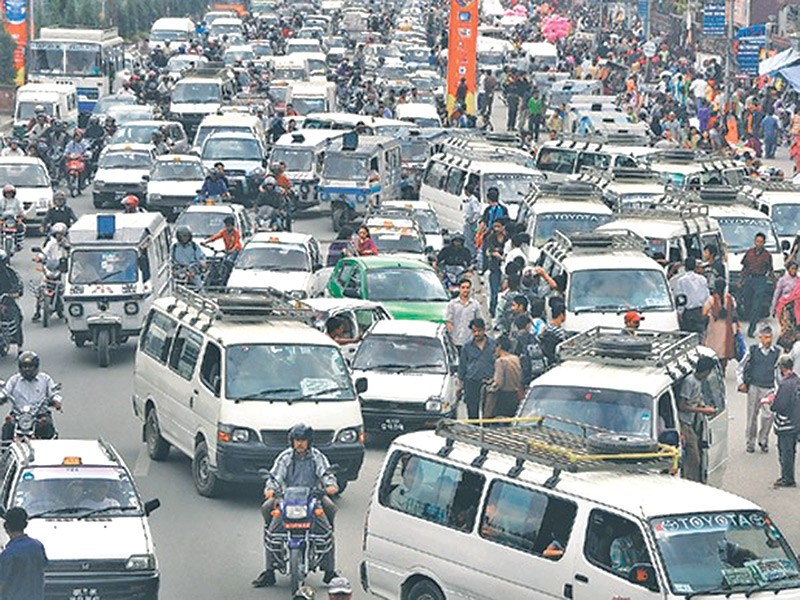 Kathmandu, April 29 .  In an effort to lessen traffic congestion, ‘pick and drop’ system has been put in place in Koteswor – one of the central part of Kathmandu Valley.

The system has been put in effect from Sunday as per the agreement reached among Traffic Police, Kathmandu Metropolis and transport entrepreneurs.

It would be easier traffic for vehicles entering into Kathmandu via Kavre Jagati with the enforcement of the system in the main thoroughfare of the city, he added.

Saroj Sitaula, general-secretary of Federation of Nepalese National Transport Entrepreneurs, expressed his belief that the system would be effective in lessening traffic at Koteswor chowk and freeing pubic from traffic headache. Earlier, the system was put in place at Jamal, old bus park, Martyr Gate and Lainchaur area in the federal capital city.

According to the Traffic Division, the system would be gradually enforced in other parts of the Valley to keep traffic management smooth.