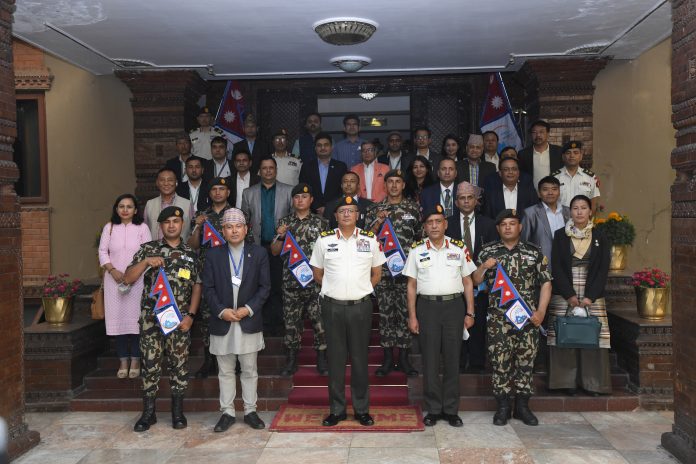 Kathmandu, April 18.  Coca-Cola and Himalayan Climate Initiative (HCI), a long-term partner of Coca-Cola has joined hands with the Nepal Army for the Mountain Cleaning Campaign 2021.This is the second edition of the national cleanup program to keep the Himalayas clean from waste. The multi stakeholder program is aimed at protecting the mountains and minimizing the effects of climate change by cleaning up six peaks, which includes the Mount Everest, Lhotse, Makalu, Dhaulagiri, Pumori and Ama Dablam.

Lt Col Deepak Bhandari, Media Coordinator, Mountain Cleaning Campaign 2021, “We are delighted that the Coca-Cola system is supporting the efforts set by the Nepal Army and the Government of Nepal, to clean the glorious mountains of the nation. Our goal is to extract as much waste as possible from the peaks to restore the glory of the Himalayas. In addition, we are engaging with communities and partners to increase awareness of keeping the mountains clean, as we know education is key to changing behavior.”

In 2019, Led by the Nepal Army, Coca-Cola along with multi stakeholders successfully carried out the first mountain cleanup campaign named “Mt. Everest Clean Up 2019”. Through this campaign, 4,892 Kgs and 5,694 Kgs of waste was collected from Mt. Everest and Everest Base Camp respectively.

Pradip Pandey, Managing Director of Bottlers Nepal Limited, “We laud the efforts of the Nepal Army to clean up the Himalayan peaks and bring together like minded partners to support this urgent cause. We are honored to be a part of an exemplary joint effort to keep the pride of Nepal pristine. Wishing the team leaders and members leading the cleanup expedition,  all the very best.”

This program has established a platform for various government, non-profit organizations and private sector companies having common interest in working towards protecting the environment and conserving the natural pride and beauty of Nepal.

Adarsh Avasthi, Country Director of The Coca-Cola Company in Nepal said, “Our global World Without Waste vision is to help collect and recycle a bottle or can for every one we sell by 2030. We are committed to play our part in addressing the broader plastic waste challenge and through the Mountain Cleaning Campaign we hope to keep Nepal clean”.

In 2018, Coca-Cola globally announced World Without Waste, with an aim of collecting and recycling the equivalent of all bottles and cans that it produces by 2030. In support to its global vision, Coca-Cola in Nepal has taken upon many recycling initiatives in order to achieve the “World Without Waste” objectives in the coming decade through its several projects namely Nagarmitra, Recycler Saathi and Refresh and Recycle.