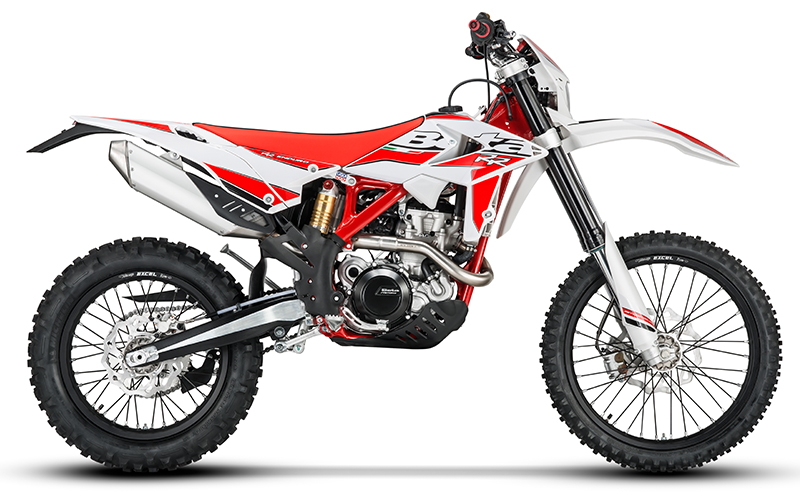 Beta is an Italian motorcycle manufacturer founded in Florence in 1905 under the name “Società Giuseppe Bianchi”, for building handmade bicycles but later changes in Italian society and the development of motorized transport at the end of 1940s made company switch into building motorcycles. The two men who ran the company, Enzo Bianchi and Arrigo Tosi, joined their initials to form brand-name, and the company’s bikes have been sold under this name ever since.

Best known for its class-leading trial bikes, Beta has expanded its lineup by offering a range of trial, enduro, dual sport, and supermoto motorcycles from 50cc to 480cc. Among these models RR 4T 350 Enduro will be the first to be introduced in Nepal as it suits the best choice for people who tends to seek for adventure with a powerful machine.

This is the easiest handling bike in the 4-stroke model range; it favors riding at higher revs while keeping its power output very linear.

It’s time to clean up your garage as the enduro bike for all your needs and a typical example of Italian creativity is coming this September ’18.

Need of Spirituality in Modern Times