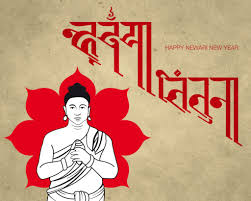 Though the formal celebrations which also include a cultural programme had to be organised on November 8 Thursday, all the programmes were postponed due to the demise of noted human rights activist and indigenous leader Padma Ratna Tuladhar on November 4. The late Tuladhar had significantly contributed in achieving the recognition of national calendar for the Nepal Sambat.

Now the formal celebrations have been rescheduled for the day coinciding with the Shakhadhar Shakwa Day.

The celebrations will take place at the Basantapur Durbar square, Lagantole, Jaisidewal, Thahiti, Asan, Indrachowk and other inner parts of the town.

Shankhadhar Sakhwa freed the people of Nepal of their debts and started a new era called the Nepal Sambat in commemoration of the moment. The Nepal Sambat calendar had been in official use until it was replaced by the Bikram Sambat calendar during the regime of Prithvi Narayan Shah. Later, the Government of Nepal recognised it as the national calendar in 2007AD.