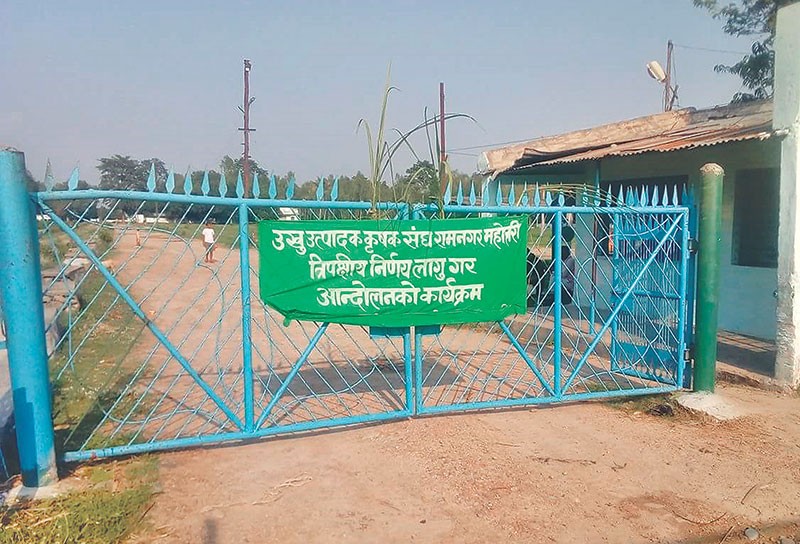 Mahottari, Feb 1 . The workers at Everest Sugar and Chemical Industries Limited in Ramnagar, Mahottari have continued their hunger strike today to press the industry administration to address their demand.

The protestors have been protesting against a cut on facilities and perks the Industry had been providing to them for years.

Following the facility removal, a group of 10 workers jointly launched an indefinite hunger strike that reached its second day today, in front of the entrance to the industry. The protest is led by Nir Bahadur Adhikari, Vice Chairperson of the All Nepal Industrial Workers’ Union.

“We were forced to resort to the protest as facilities the workers had been receiving for years from the Industry were cut,” said a worker leader Parshuram Khanal.

Their talks with the industry administration at different times failed to reach an agreement however, said another worker leader Murari Dulal.