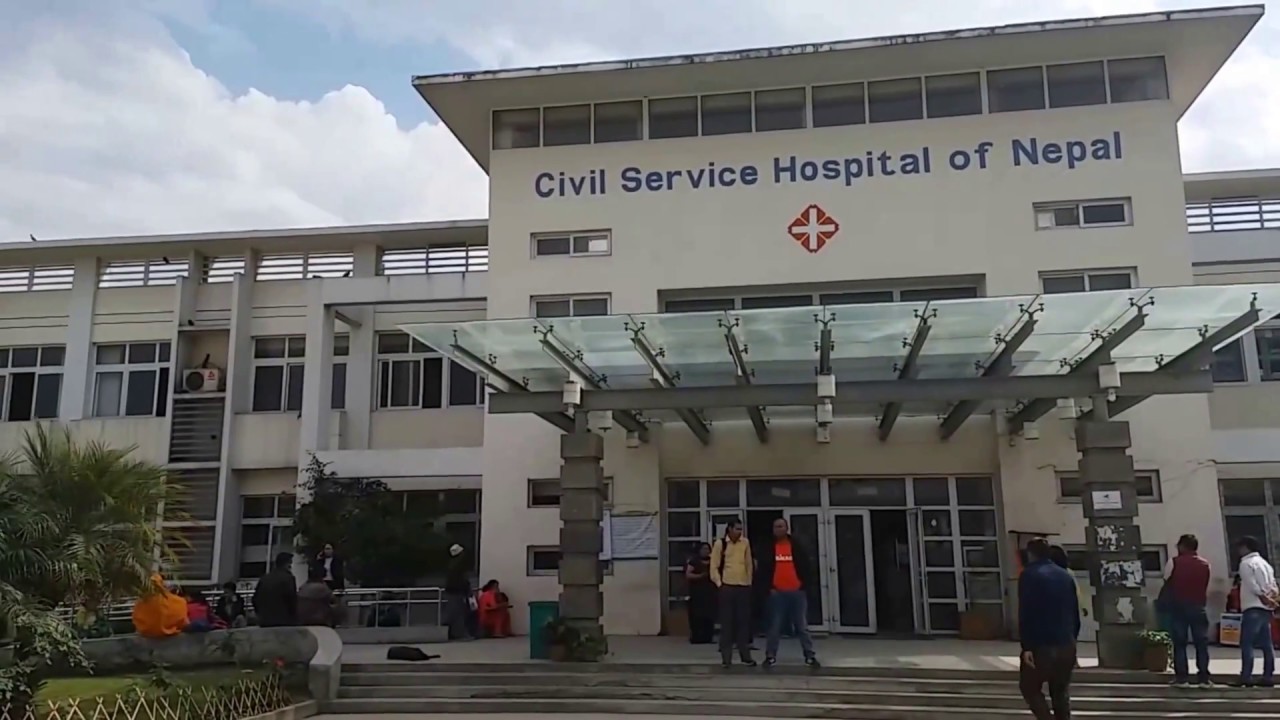 Kathmandu, Sept. 26 .The Civil Service Hospital of Nepal is being upgraded and renovated with its service expansion and state-of-the-arts physical infrastructure with support from the Government of China.

Minister for Federal Affairs and General Administration Lal Babu Pandit and Chinese Ambassador to Nepal Yu Hong jointly laid the foundation stone for the project amid a function here today. The upgrading programme of the Civil Service Hospital follows the agreement between the Government of Nepal and People’s Republic of China.

“Out of many China-aided projects, this Civil Service Hospital is a gift project, and I want it to being developed as a medical college. Nepal and Nepalis would largely benefit from this project,” Minister Pandit said.

He also lauded the services and management of the civil hospital as an exemplary in the country, while sharing that he also visits this hospital for his medical treatment as he said he has the highest level of trust with the hospital.
Minister Pandit added that the government’s focus is on developing the quality of the hospital in line with the international standards.

On the occasion, Minister Pandit said that such supports from the government of China would further deepen Nepal-China relations and the people to people relations between the two countries.

Also speaking at the programme, Chinese Ambassador Yu said that the Civil Service Hospital with excellent engineering quality served as an important rescue center in the aftermath of the 2015 April earthquake in Nepal, recalling the moments wherein she saw the medical staff busy in tending to the quake survivors admitted to the hospital and their exhausted eyes.

“These scenes made me swayed, and I felt deeply that we were engaged for a great cause. It is precisely because of this that the Chinese government decided to expand and upgrade the civil service hospital,” Ambassador Yu shared.

Yu said that the Civil Service Hospital spanning 10 years has helped further consolidate the friendship between China and Nepal, and Nepal witnessed many democratic changes during this period. Since the establishment of the new government, the two countries have had frequent high-level leadership exchanges, she added.

Executive Director of the Hospital Prof Dr Dirgha Raj RC said that the hospital would be equipped with new equipments alongside the renovation and upgradation.
The total cost of the project is estimated to be around Rs 1.30 billion, and the project completion target is 15 months. The Civil Service Hospital will have a total of 270 beds.

According to Executive Director Dr RC, with the completion of ‘China Aid Upgrading and Renovation Project of Civil Service Hospital of Nepal’, the hospital will have a new surgical building with 115 beds along with the availability of services of operation theatre (OT), neurosurgery, plastic surgery, cardiothoracic surgery and the others.

Likewise, the renovation of the existing three blocks and system accessories of the hospital will also be carried out. The Civil Service Hospital was established in September 2008 with support from China and is a large-scale comprehensive public hospital spreading on about 11,000 square meters.

After the 2015 earthquake in Nepal, the Chinese government promised to help Nepal implement 25 post-disaster reconstruction projects in five major areas such as health care, including five projects in the medical and health field, and upgrading the Civil Service Hospital.

Industrial Exhibition to be held in Butwal