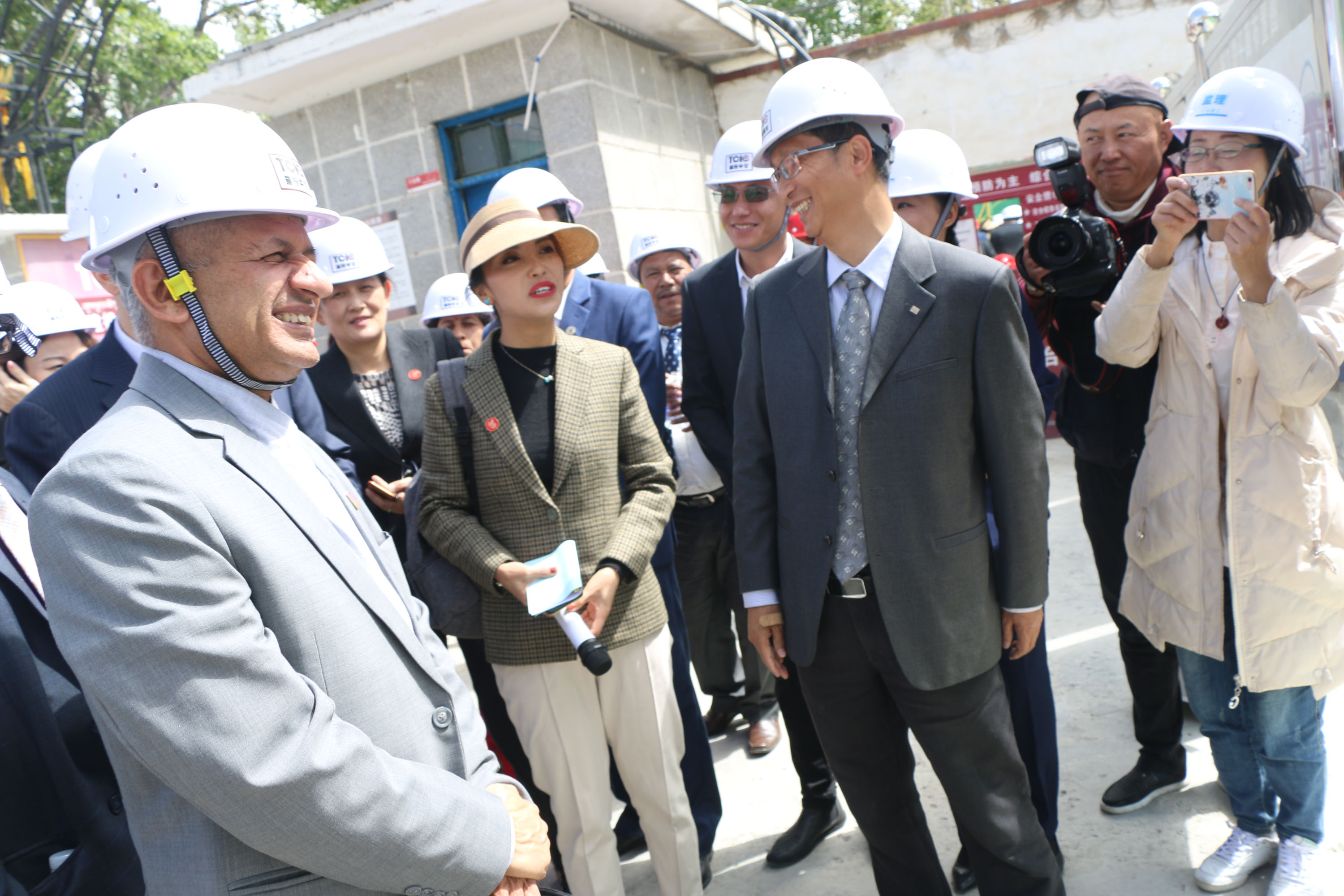 The construction began to replace the old building existing in the 8,375 square meters area that the Nepali mission leased out for until 2075. The new building will cover an area of 3,949 square meters including an office complex, VISA hall, residential complex, garage and water pump house.

It is being constructed at an estimated cost of 22.1 million RMB with grant assistance of the government of Tibet Autonomous Region.

It may be noted that the foundation stone for the building was laid by Speaker of the House of Representatives Krishna Bahadur Mahara during a visit to Lhasa in September 2018.

The Nepali Consulate General is one of the oldest missions of Nepal, established as Nepalese New Residency in Lhasa in 1680. It later became the Consulate General after establishment of diplomatic relations between Nepal and China in 1955, Consul General Karki said.

The Consulate General with nine staffers including six locals currently issues VISA to the Chinese nationals going to visit Nepal as well as to citizens of other countries going to Nepal from Lhasa.

In 2018, the Consulate issued VISA to 13,522 tourists visiting Nepal. It also makes recommendations to the Department of Labour for Nepalis coming here for work. Presently, 150 Nepalis are working in Lhasa including in hotels and restaurants, parlour and jewelry shops. Another 50 Nepalis are involved in trade and business.

Furthermore, there are 1,000 Nepalis of Rasuwa district working here after acquiring temporary pass in Kerung. Similarly around 500 Nepalis work in Taklakot market.

The government of Tibet has been providing cereals and construction materials in coordination with the Consulate General to 15 Nepali districts in the northern border and the support is worth 10 million Yuan annually.

Foreign Minister Gyawali is here as a member of the entourage of President Bidya Devi Bhandari, who is on a nine-day State visit to China since April 24. President Bhandari arrived here from the capital Beijing on Tuesday.

The foreign minister was accompanied during the visit to the consulate general by Chief Minister of State 3, Dormani Poudel, Members of Parliament, high-ranking government officials, Nepali Ambassador to China Lilamani Paudyal and Chinese Ambassador to Nepal Hou Yanqi.