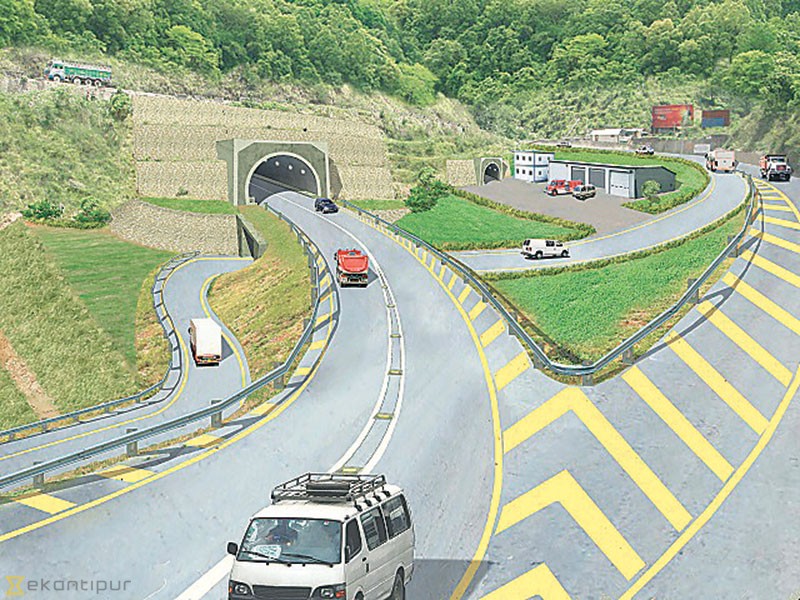 The Hazama Ando Corporation of Japan has been contracted for the purpose. The total cost of the tunnel way would be Rs 22 billion including compensation to the affected people. According to Road Development Help Implementation Division chief Arjun Jung Thapa, Nepal government would allocate Rs six billion for the compensation to the land acquisition victims.

The government so far has distributed Rs four billion as compensation for the purpose. It is stated that the additional three kilometer road section and two fly over adjoining the tunnel way would be constructed by the same fund. The fund for the purpose is received as soft loan from the government of Japan.