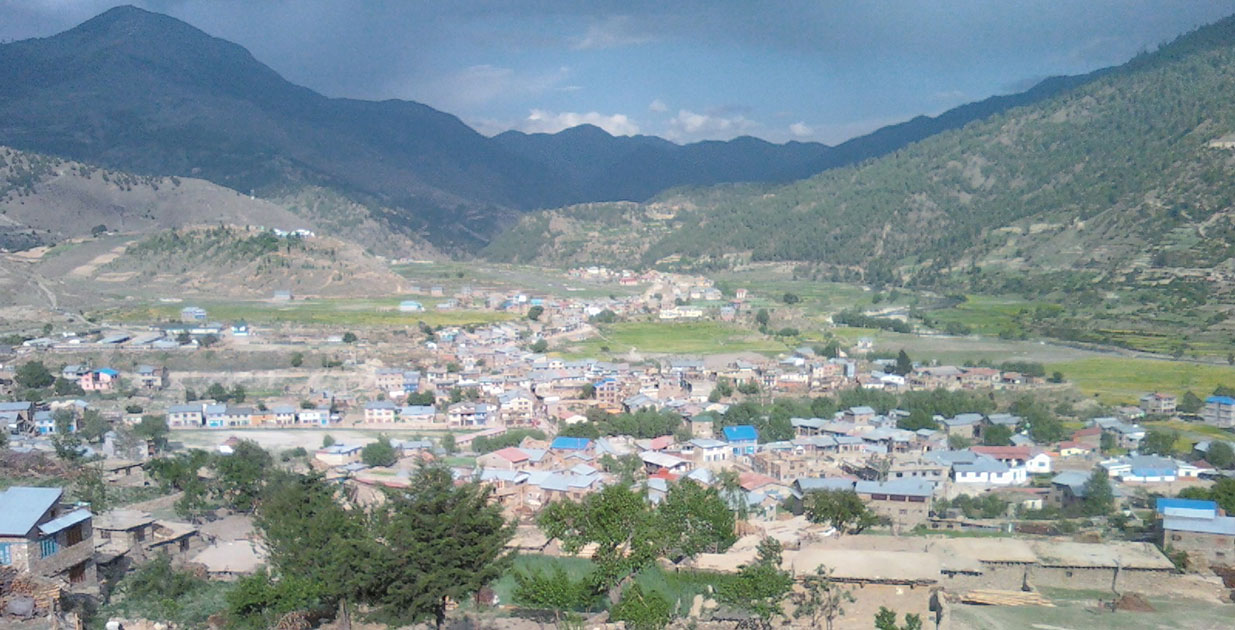 Surkhet, April 27. The Provincial Agriculture, Tourism and Industrial Fair kicked off in Jumla yesterday with an aim to promote products of the Karnali province.

Provincial Assembly member, Gajendra Bahadur Mahat, inaugurated the festival being held at Jumla’s proposed stadium in Rajasim amidst a performance of the Magal song and dance which reflects the Khas civilization – a traditional identity of Karnali.

Mahat said the fair would instill motivation for promoting tourism and culture while concurrently providing the entrepreneurs new opportunities and serving the province a directive to move forward with a new working plan. “Now we should not live with only the imported goods, we must increase our local produce. Our local crops are viewed as the best commodity in the country,” he added.

The fair features 150 stalls presenting the local products as apple, corn, wheat, rabbit cap, muffler, churpi durka or hardened cheese and traditional attires. The local Dhal dance, Balo dance that are played during wedding ceremonies along with the famous Deuda song competition will also be on offer for the visitors.

Rawal added that the fair is being held with a hope of boosting tourism and trade as part of the Karnali provincial government’s decision to mark the Nepali New Year as the ‘Karnali – Rara Tourism Year 2075’.

On the first day, 3,700 domestic and external tourists visited the fair. The total expense of organizing the fair is estimated to touch on Rs 8 million, according to organizers.

MMC to fight with NA