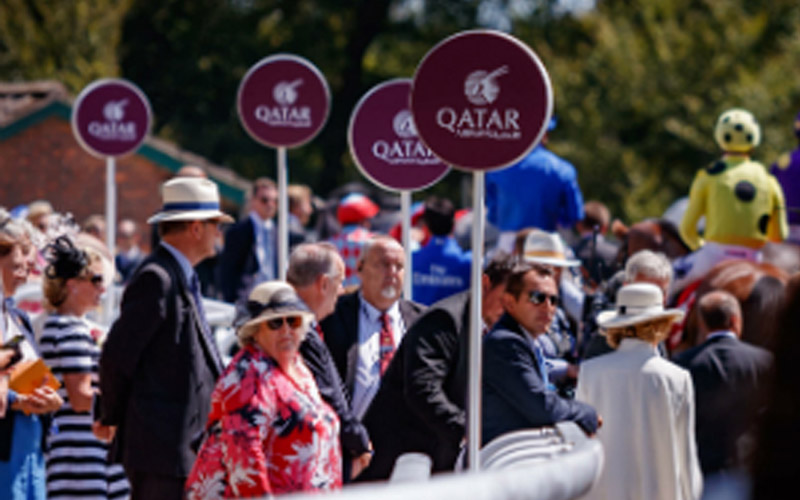 DOHA, aug 3. Qatar Airways is pleased to announce that it is the Official Airline Sponsor of the 2018 Qatar Goodwood Festival, in partnership with the Qatar Racing and Equestrian Club (QREC), taking place from 31 July to 4 August. Set against the glorious backdrop of the rolling West Sussex countryside, the Qatar Goodwood Festival is known for its elaborate dress code and fancy hats combined with some of the world’s greatest flat-races, resulting in a thrilling week of racing like no other.

Qatar Airways Group Chief Executive, His Excellency Mr. Akbar Al Baker, said: “We are thrilled to once again be the Official Airline Sponsor of the 2018 Qatar Goodwood Festival, a key event on the U.K.’s equestrian calendar. Our sponsorship of this event, in partnership with the Qatar Racing and Equestrian Club, highlights the affinity for horses we in Qatar share with the U.K. This sponsorship also demonstrates the importance of the U.K. as a destination, as seen most recently with the addition of two additional gateways into the country, London Gatwick and Cardiff. We are delighted to welcome all to ‘Glorious Goodwood’ for this exciting event.”


Qatar Racing and Equestrian Club General Manager, Mr. Nasser bin Sherida Al Kaabi, said: “The Qatar Goodwood Festival is one of the highlights of our global sponsorship portfolio, and once again we are delighted to welcome Qatar Airways as a partner for the second year in a row. We are proud of this renewed partnership and we thank Qatar Airways for their support of this event. Qatar Airways’ presence helped make last year’s high-profile event even more successful, and we are confident their presence will be beneficial this year as well. We look forward to a very exciting edition and an extended partnership with Qatar Airways.”

In May 2018, Qatar Airways launched direct services to London Gatwick and Cardiff, strengthening its presence in the U.K. with two additional gateways into the country. Passengers can now choose from up to 95 flights a week to the U.K., including six daily departures from London Heathrow, 16 weekly from London Gatwick and Manchester, as well as daily flights from Cardiff, Birmingham and Edinburgh.

Passengers travelling to London with Qatar Airways can also experience the airline’s patented, award-winning Business Class seat, Qsuite. Unveiled last year, Qsuite features the first-ever double bed in Business Class, as well as sliding panels that transform the space into a shared area customisable for groups of two, three, or four, enabling passengers to work, dine or socialise at 40,000 feet.

Earlier this year, Qatar Airways revealed a host of upcoming new global destinations, including the announcement that it will be the first Gulf carrier to begin direct service to Luxembourg. Other exciting new destinations to be launched by the airline include Tallinn, Estonia; Valletta, Malta; Langkawi, Malaysia and Da Nang, Vietnam.