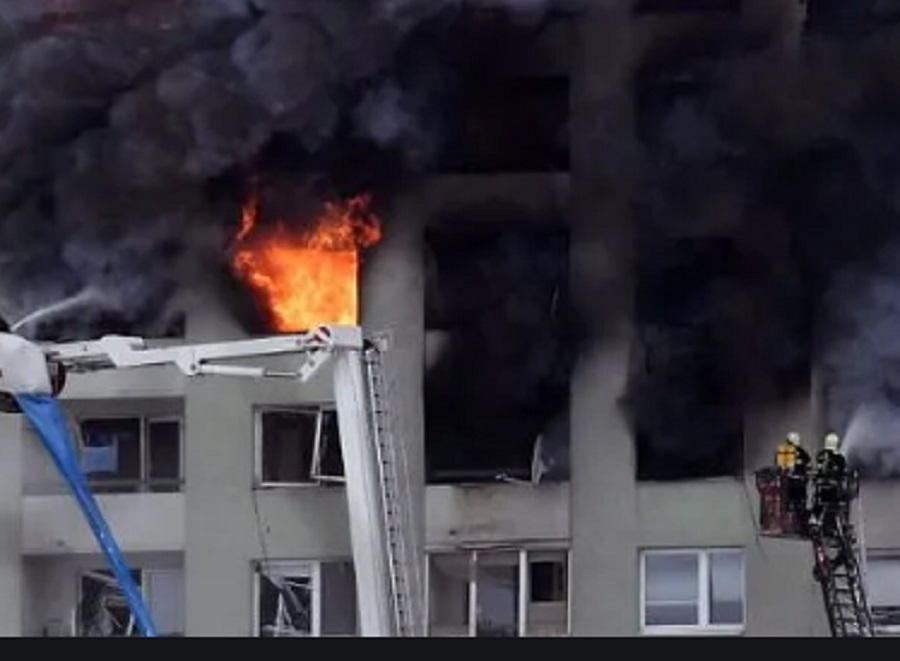 Vietnam. Dec 7. A fire in a restaurant in Vietnam’s northern Vinh Phuc province killed four people and injured another on Saturday, Vietnam News Agency reported.
At around 3:30 a.m., a fire broke out in a restaurant in the province’s Khai Quang commune before spreading to a neighboring house.
Realizing the fire, some people escaped the building while some others jumped out from the second floor.
Four people died and one injured in the fire, the news agency quoted chairman of Khai Quang’s People’s Committee as saying.
In the first 11 months of this year, Vietnam logged 3,454 explosions and fires which killed 88 people, injured 160 others, and caused property losses of some 1,127 billion Vietnamese dong (49 million U.S. dollars), according to the country’s Fire Prevention and Fight Department.