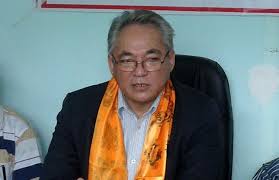 Kathmandu, Sept. 15 . The high-level probe panel formed to investigate into the murder of Nirmala Panta, 13, of Kanchanpur district and the situation developed after the incident has submitted its preliminary report to Minister for Home Ram Bahadur Thapa on Saturday.

Joint Secretary at the Ministry Hari Prasad Mainali-led team submitted its preliminary report to Minister Thapa suggesting that some security officers deployed from the Central Investigation Bureau of Nepal Police for the investigations of the murder case failed to carry out their duty responsibly.

Likewise, Spokesperson of the Ministry of Home Joint Secretary Ram Krishna Subedi said that an order has been given to bring other persons pointed out by the report into the ambit of investigations. The Ministry has also reiterated its commitment to bring into the book and take action against those whoever involved in the killing of Nirmala adding that the government was probing the case seriously. Furthermore, the Ministry has appealed to one and all from their respective positions to help identify the culprits. RSS

Everest Bank continuous its support to Teach for Nepal

One Nepali dies in road accident in India

Manisha Koirala to return to India in July