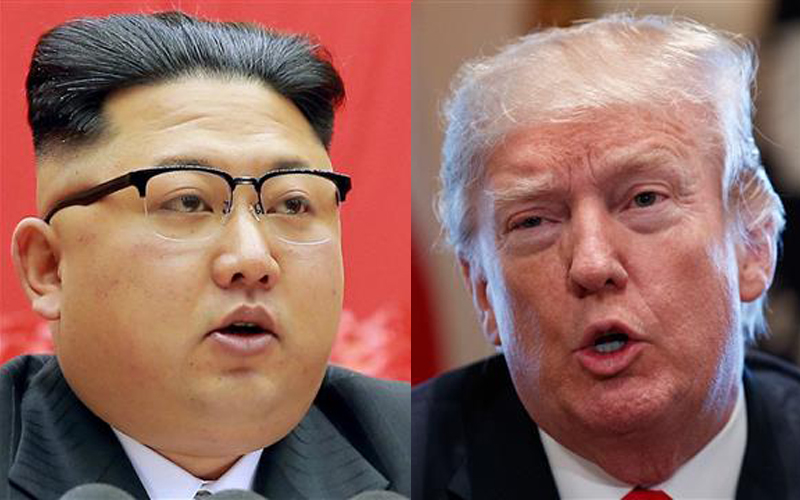 19 Apr-2018, President Donald Trump offered a bullish view on Wednesday of his planned talks with North Korean despot Kim Jong Un, insisting he’s positioned to accomplish what his predecessors could not.

Still, he maintained he’d be willing to stand up and leave the highly anticipated summit should the meeting fall short of his expectations.

“If we don’t think it’s going to be successful, we won’t have it,” the President said, standing alongside his Japanese counterpart at Trump’s oceanfront Mar-a-Lago estate here. “If the meeting when I’m there isn’t fruitful, I will respectfully leave the meeting.”

Trump also maintained that his negotiating position with Pyongyang remains stronger than ever.

“We’ve never been in a position like this with that regime, whether it’s father, grandfather or son,” he said.

Trump, who unexpectedly agreed to the Kim talks last month, has pressed forward with his plans, despite concerns from regional allies such as Japanese Prime Minister Shinzo Abe, who arrived in Florida this week to warn Trump that past US talks with North Korea have failed.

The two men conferred about the matter Tuesday alongside top national security aides. Talks on Wednesday focused on trade, including the possibility of exempting Japan from new US tariffs on steel and aluminum imports.

In between, Trump and Abe enjoyed a nearly five-hour round of golf at the nearby Trump International Golf Club.

Both men put forward displays of bonhomie during their extensive time together. Abe routinely referred to the President as “Donald,” while Trump expounded on the friendship he has developed with the Japanese leader. They strolled the Mar-a-Lago croquet lawn with their wives before dinner Tuesday.

But tensions were visible. During remarks ahead of Wednesday’s trade talks, Trump delivered a stern warning about unfair economic practices and vowed to stand up for American workers. And he paid little heed to Abe’s warnings about North Korea — instead indicating that preparations for talks are moving forward rapidly. 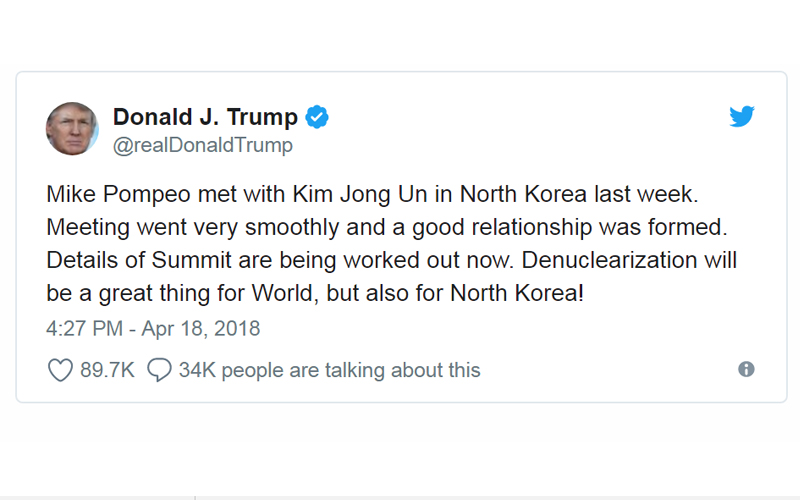 “Hopefully that meeting will be a success and we are looking forward to it,” Trump said at the news conference. “We will be doing everything possible to make it a worldwide success.”

He did offer some concessions to Abe. He vowed to raise the issue of abducted Japanese citizens during his planned summit with Kim, a key request of Abe’s.

Abe, meanwhile, said he told Trump this week that North Korea wouldn’t be rewarded simply for opening dialogue with the United States.

“Maximum pressure should be maintained,” Abe said at Mar-a-Lago. “President Trump and I were in full agreement.”

As the two men sat for dinner Tuesday, it was revealed that Mike Pompeo, Trump’s CIA director and pick for secretary of state, had traveled to North Korea for preliminary talks with Kim early this month.

Trump tweeted that the meeting had gone “very smoothly and a good relationship was formed… Denuclearization will be a great thing for World, but also for North Korea!”